More evidence that the universe makes many massive stars | Techilink 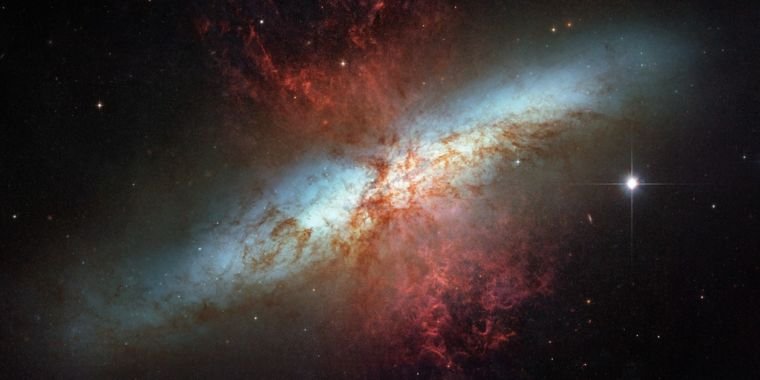 The size of a star determines its ultimate fate. The smallest stars will burn lighter elements over tens of billions of years; stars like the sun will make some heavier elements before shrinking into white dwarfs; and massive stars will create the heavier elements and scatter them in the universe as they explode. So knowing how much we have of each type of star shape tells us a lot about what the universe should look like.

Estimating the frequency with which different mass stars form is relatively easy: we can simply examine the Milky Way and count how many of each type of star we see. However, that assumes that the Milky Way is typical of other galaxies out there. Earlier this year, we got a hint that this wasn’t the case. Observations of one of the dwarf galaxies orbiting the Milky Way suggested that a star-forming region within had an excess of massive stars.

But a dwarf galaxy is even more likely to have an atypical star formation process than the Milky Way. So we really needed more general measurements of the size of stars that form in the larger universe. We now have one and large stars are still appearing much faster than previous estimates suggest.

The new work, done by a small European team, focuses on identifying specific isotopes in distant galaxies. One such isotope is carbon-13, which is made primarily with the energies found in lower-mass stars. The other is oxygen-18, which requires energy only found in stars with masses greater than eight times that of the sun. To get a measurement of these two isotopes from the time when the Universe formed many of its stars, the researchers searched the catalogs of previous observations to find galaxies that are more than 10 billion years old and have strong carbon monoxide emissions. .

While the differences between isotopes of the same atom are subtle, they are reflected in the wavelengths of light emitted by these molecules. And the Atacama Large Millimeter Array (ALMA) telescope has the resolution to identify them. So they commissioned ALMA to image these galaxies with gravitational lensing. The results allow the researchers to calculate the ratio of carbon-13 to oxygen-18.

And for these distant galaxies, that ratio is quite low. Using modeling, the researchers show that the only way to get proportions this low is to have an unusually large number of massive stars.

The researchers also plot this ratio for a variety of galaxies using data obtained by others and show that it changes along with the rate of star formation. Older, smaller galaxies that don’t form many stars tend to have higher ratios, while that ratio decreases as you enter star-forming galaxies and sinks further into the galaxies in the early Universe experiencing a burst of star formation.

The range of values ​​suggests that galaxies that form the most stars can produce massive stars at speeds up to seven times the speed of a more typical galaxy. This includes “starburst” galaxies in the early Universe, as well as some luminous galaxies more locally.

So this looks like a pattern we didn’t expect, and our models don’t predict it. Which means we’ve done a few things wrong. Which things? The authors aptly call them: “Classical ideas about the evolutionary tracks of galaxies and our understanding of the history of cosmic star formation are being challenged. Fundamental parameters governing the formation and evolution of galaxies – star formation rates, stellar masses, gas depletion and formation time scales, dust extinction laws and more – need to be reworked.”

That seems like a pretty long list to me. The authors note that progress has been made in what we know about star formation and physics, so there’s a chance we may already be able to address some of these issues. But if this pattern of massive star formation continues, it seems we have plenty of work to do.