Moderna vaccine gets the thumbs up for emergency use | Techilink 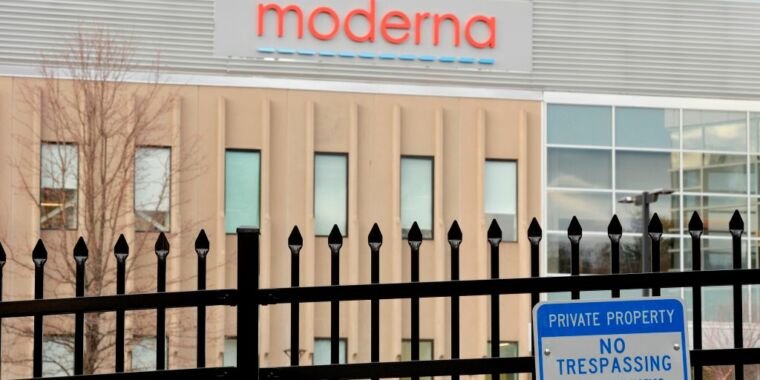 Earlier this week, the FDA released documents summarizing data on a second SARS-CoV-2 vaccine candidate, this one from a company called Moderna. That document provided the background for a meeting of the FDA’s Vaccines and Related Biological Products Advisory Committee, which would consider whether the benefits of the vaccine outweigh its potential risks. That question is one of the most important considerations for the agency as it decides whether to grant an emergency use authorization similar to the one it has given the Pfizer/BioNTech vaccine.

After a full-day meeting that often focused on other topics, the committee was almost unanimous: 20 votes in favour, none against and one abstention.

Emergency Use Consents have a number of requirements once a health emergency has been declared. There must be no alternatives that have received full FDA approval, there must be reasons to believe that the treatment will be effective, and the benefits are likely to outweigh the risks. It is that last question – the risk-benefit ratio – that the advisory committee had to answer.

To make that decision, the committee heard testimonies from people involved in the clinical trial and other experts who reviewed the data. It also took public comment on the question. But the data was so promising that the committee spent most of its time debating what to do with the subjects once an emergency use authorization was granted. Those given the placebo are expected to be immunized, but how that is handled has been a matter of extensive debate.

Issues raised included whether both vaccine and placebo groups should receive new injections to keep the study blinded and whether the placebo recipients should be given the vaccine as if they were prioritized along with the general population. Running the trial long enough to get long-term safety monitoring data may depend on how these issues are handled, but they are secondary to emergency use authorization.

When the vote was finally taken, it was decisive: 20 committee members voted that the benefits probably outweigh the risks, and one person abstained. There were zero votes against the proposal.

The FDA still needs to consider the other requirements for an emergency use authorization, but these are unlikely to be major hurdles. While another vaccine has been approved for emergency use, nothing comes close to getting full FDA approval. And the same data showing clear benefits seems to address the issue that there is reason to think the vaccine will be effective. In the case of the Pfizer/BioNTech vaccine, the FDA acted within 48 hours of the Advisory Committee’s thumbs up, so we may have some news before this weekend.