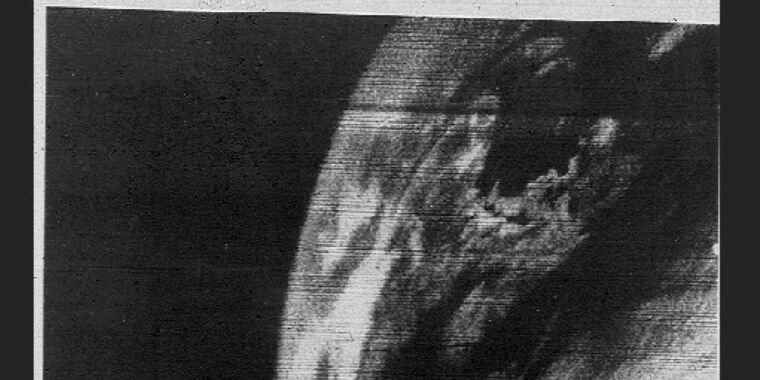 Sixty years ago, on this date, April 1, a Thor-Able rocket launched a small satellite weighing 122.5 kg into orbit about 650 km above the Earth’s surface. In fact, this launch from Cape Canaveral Air Force Station in Florida marked the beginning of the era of modern weather forecasting.

Designed by the Radio Corporation of America and launched by NASA, the Television InfraRed Observation Satellite, or TIROS-1, was the country’s first weather satellite. During its 78-day operation, TIROS-1 has successfully monitored Earth’s cloud cover and weather patterns from space.

This was a powerful moment for meteorology. For the first time, scientists were able to combine space-based observations with physical models of the atmosphere that were just beginning to be run on supercomputers.

After World War II, mathematician John von Neumann led the development of a computer to work through a series of equations compiled by Jule Charney and other scientists. By the mid-1950s, Charney’s group began making regular numerical predictions.

Suddenly, meteorologists had their hands on two incredibly useful tools. Of course, it would take some time for more powerful computers to produce higher-resolution predictions, and the sensor technology launched on satellites would take decades to improve to the point where spacecraft could collect data for temperature, humidity, and other environmental variables. at different levels in the atmosphere.

But around 1980, the tools of satellite observations and numerical models that could process that data began to mature. Scientists had 24-hour global satellite coverage, and the forecasts began to improve dramatically. Today, the fifth day of a five-day forecast on the app on your phone is about as accurate as the forecast for the next day in 1980.

The predictive power in today’s forecasts quietly underpins much of our daily lives. And it’s not just those hurricane warnings or this weekend’s wave forecast. Data-driven decisions are everywhere. For example, employees at the local Target store are automatically notified of winds above a certain threshold and are sent out to retrieve the carts before they blow away. This high information density can be traced back to the beginning of the space age. So happy birthday, modern meteorology.