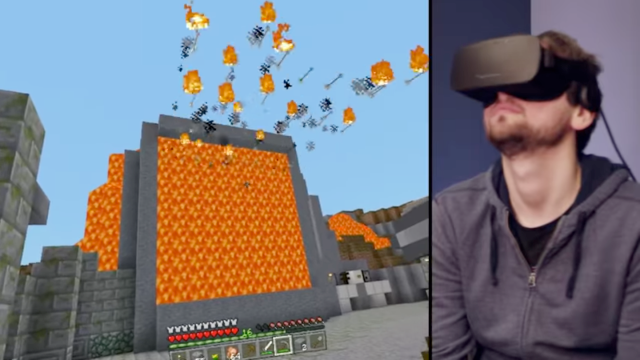 “Now Microsoft/Mojang have released VR support for MCPE/Win10 Minecraft, they are exercising their rights over our unofficial mod (Minecrift),” mod co-creator mabrowning wrote on Reddit. domain. I’ve already shut down the website, but anyone who wants a copy of the code should get it from GitHub before it goes offline as well.”

Later in the thread, mabrowning clarified that Microsoft’s problem was only with the name of the Minecrift project and the minecrift-vr.com domain hosting it. To be fair to Microsoft, names like Minecrift and Minecraft-VR seem to have a high chance of being legitimately confused with the new official”Minecraft for Rift” product (it’s somewhat admirable that Microsoft didn’t object to the name earlier).

While the mod itself could have been further developed under a different name, mabrowning said he’s decided to shut down Minecrift rather than go that route. The reason has to do with the competing VR mod Vivecraft, which is built on top of Minecraft and also works with the Rift via the OpenVR standard. Mabrowning says Vivecraft is “better in every way”, rendering his mod obsolete.

Vivecraft’s survival will be welcome news to the millions of users still playing the original Java version of Vivecraft Minecraft. That’s because Microsoft’s official Rift support is limited to the Windows 10 edition of the game, a C++-based fork that was based on the mobile Pocket Edition (and was recently made cross-compatible with those mobile versions). It’s the latest feature to be split between the two existing, “official” PC versions of the game, a turn of events that has been worrying fans since the Windows 10 edition was first announced last year.