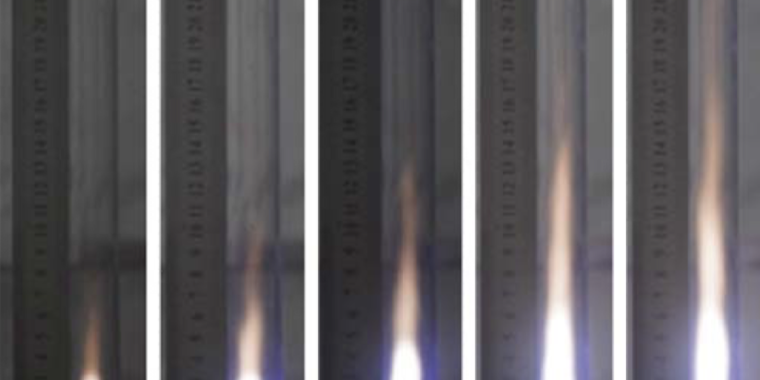 I usually approach papers on alternative thrusters with a degree of cynicism. But we finally got a study on microwave thrusters that doesn’t rely on impossible physics. Instead, it used a plain old plasma thruster.

Plasma thrusters were generally thought of as a propellant in space, but now one is designed to operate under atmospheric conditions. According to the researchers involved, it is an air plasma thruster that can produce the same thrust as a commercial jet engine.

A jet engine is just one form of combustion engine: combine fuel and air and squeeze the hell out of the mixture. The resulting ignition quickly heats the gas (most of which is nitrogen and does not burn), forcing the explosive to expand. The rapid expansion can be used to drive fans that generate thrust or used directly to provide thrust. But the main point is that the gas must be heated to very high temperatures quickly so that it can expand. The fuel of a jet engine is only the energy source for heat.

The steam era was based on the same concept, as are modern steam turbines. Heat water to a very hot gas and then let it expand to do its job. Again, the key is getting all that energy into the gas so it can expand quickly. However, a steam engine is an external combustion engine, where the combustion heats the water before sending the water to where it works.

Now a group of researchers has demonstrated a kind of external/internal plasma combustion engine. The essential idea is that air is ionized into a plasma, which is heated quickly and can expand to generate thrust.

At the entrance of the tube, the air passes over electrodes that are subject to a very high field. This tears electrons from some atoms (usually the nitrogen and oxygen), creating a plasma at low temperature and low pressure. The air pressure from the blower at the entrance to the tube pushes the plasma further into the tube, so that it enters the waveguide.

In the waveguide, the charged particles in the plasma begin to oscillate with the microwave field as they rapidly heat up. The ions, atoms, and electrons often collide with each other, spreading the energy of the ions and electrons toward the neutral atoms, quickly heating the plasma. As a result, the researchers claim that the plasma quickly heats up to well above 1000°C.

The heated plasma creates a flare-like flame as the hot gas exits the waveguide and generates thrust. Measuring the gas pressure (thrust) proved difficult. Most pressure sensors and barometers tend to complain when placed in something akin to a blowtorch.

So the researchers got inventive. They closed the quartz tube with a hollow sphere with a small hole in it. If the plasma thrust was high enough, the sphere on top of the tube would rattle. By gradually adding mass to the sphere, it would eventually settle on the tube and stop rattling. The researchers estimated the total force of gas by balancing it with gravity. I’m pretty sure there are better ways to measure thrust (and still stay low-tech), but as long as the researchers were consistent, the systematic offset will be the same for all measurements.

In the end, the team was able to show that they get a thrust of about 28N/kW, which seems to be quite close to that produced by a modern turbofan (according to my rough calculations, a modern turbofan produces about 15N/kW). Thrust efficiency is corrected for thrust simply because of the airflow from the blower.

The question is one of scaling up. At the air flow rates (about 1m3/h) and microwave powers (less than 1kW) that the researchers tested, everything was scaled very nicely. But the airflows are about 15,000 times lower than those for a full-sized engine. The thrust should also scale about four orders of magnitude (meaning the force does too). Extrapolating linear trends across four orders of magnitude is a good way to be disappointed in life.

If you think this work can help save the weight of the bike, I wouldn’t be so sure. If the plasma thruster becomes part of a turbofan engine, I suspect it will be heavier. In a non-bypass configuration it can be lighter. Still, this is very cool work, and I hope it works.