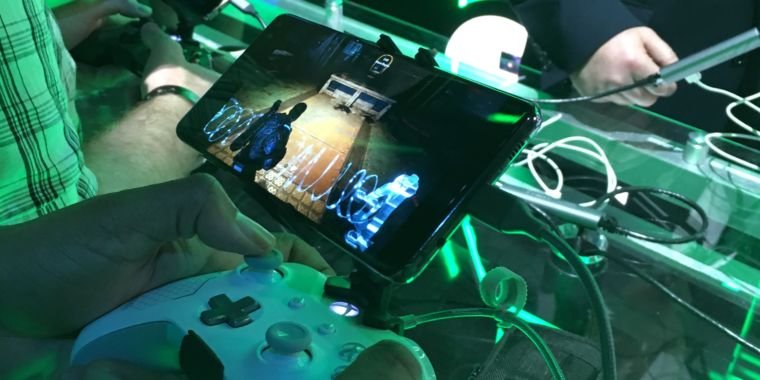 The upcoming launch of Sony’s PlayStation 5 and Microsoft’s Xbox Series X later this year (along with the ongoing success of the Nintendo Switch) hint at a pretty familiar battle brewing in the ever-cyclical console wars. But Microsoft president of Gaming Phil Spencer said in a recent interview with tech site Protocol that the gaming giant will be more focused on cloud-based threats in the coming years than any specific console maker.

“When you talk about Nintendo and Sony, we have a lot of respect for them, but we see Amazon and Google as the main competitors going forward,” Spencer told the site. “That’s not to disparage Nintendo and Sony, but the traditional gaming companies are a bit out of place. I think they could try to recreate Azure, but we’ve invested tens of billions of dollars in the cloud over the years. “

The bit of trying to “recreate Azure” seems like a particularly strange brag, given that Sony bought the cloud gaming service Gaikai in 2012 and has been streaming games through its PlayStation Now service since 2014. Sony also recently partnered with Microsoft to now use Azure data centers to power PlayStation Now streaming, which seems to save them from having to recreate anything.

Amazon also seems like an odd potential gaming competitor — its own game development efforts are stuttering at best, and long-standing reports of plans for an Amazon game streaming service have yet to bear public fruit. Perhaps Nvidia and its newly launched GeForce Go streaming service could serve as a more suitable threat for Spencer to mention.

Still, Spencer’s main point seems to be that the battle for “next generation” gaming attention could be largely hardware agnostic. “I don’t want to get into a format war fight with those guys [Sony and Nintendo] while Amazon and Google are focusing on how we can bring gaming to 7 billion people around the world,” he said. “Ultimately, that’s the goal.”

In a way, this kind of statement isn’t much of a surprise from Microsoft. The company was the first major console maker to break the “walled garden” approach to its online gaming service in 2016, leading Sony to follow suit years later. And Spencer has been saying since 2015 that being the leader in console hardware sales is less important to Microsoft than making a profit from satisfied customers (a somewhat helpful stance given Sony’s big lead on this metric lately). Still, citing cloud-based threats from Amazon and Google as Microsoft’s main gaming competitor is a big turn-off for the company. Despite Microsoft rolling out recent large-scale tests of its own Project Xcloud streaming service in recent months, Spencer said in August that he thought such streaming was “years and years” away from truly mainstream. For now, Microsoft is positioning Xcloud as more of an add-on service to sweeten its popular Game Pass subscriptions. And while reports persist of a “low-cost” streaming-focused Xbox in the offing, Microsoft’s public gaming hardware plans are still focused on the more traditional Series X.

Immediate plans aside, Spencer’s comments suggest that Microsoft, like Sony and Ubisoft before it, now sees cloud-based streaming as an increasingly important part of gaming’s near future. We’ll see if that belief pays off or if Microsoft just has its head in the clouds.