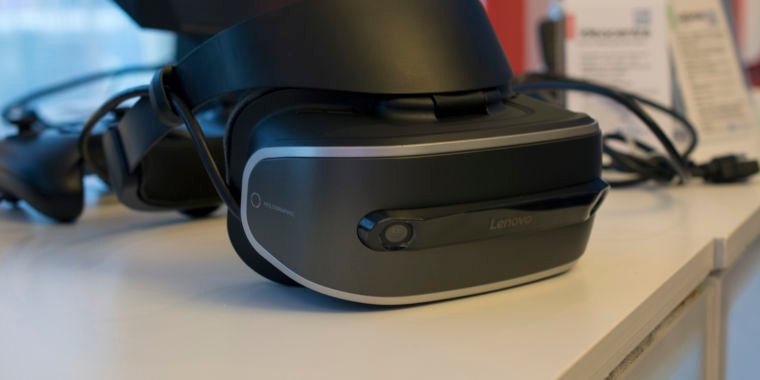 Microsoft will have Windows Holographic developer kits at Game Developers Conference (GDC) 2017, according to a video on the company’s Channel 9 site that was spotted by MSPoweruser. GDC will run from February 27 to March 3 at the Moscone Center in San Francisco.

The Windows 10 Creators Update, currently expected to be released in April, will include a wealth of new 3D, virtual and augmented reality capabilities. This will be used with a range of relatively inexpensive headsets, like the ones Lenovo showed at CES.

So far, though, Microsoft hasn’t revealed much about Windows Holographic’s APIs, capabilities, or compatibility, though information is trickling out. Insider preview builds of the Creators Update showed that PC hardware requirements will be lower than the HTC Vive and Oculus Rift, with notably significantly lowering GPU requirements (even integrated graphics acceptable).

The WinHEC Hardware Conference in Shenzhen Offered: Learn more about both PC requirements and headset capabilities. Windows Holographic supports headsets from 1080×1200 per eye to 1440×1440, with refresh rates from 60 to 120Hz, with integrated headphones and microphones optional. It also supports a choice between traditional gamepads or dedicated 3D game controllers.

Microsoft already has a first holographic API, which is used by the HoloLens. The Creators Update extends this API to handle a wider range of hardware and scenarios, although the API doesn’t seem to be final yet. The company is planning a streaming developer day on February 8, when it says it will talk about the developer story for these headsets. Only when the full developer experience and hardware are available can developers take advantage of the new features of Windows. HoloLens is positioned as a commercial, business-oriented device, but that is clearly not GDC’s focus, indicating that Windows Holographic’s goals are broader than HoloLens’s.

The VR API space is a bit of a mess right now. Facebook’s Oculus has its own SDK, the Oculus SDK. Valve has its own API, SteamVR, which is used with the HTC Vive headset. Portions of this API are open source, called OpenVR, and drivers have been built that allow SteamVR games to be used with the Rift, although some features native to the Oculus SDK are lost. The Khronos group, the industry consortium leading the development of the OpenGL specification, is working on its own VR specification. A number of companies, including Intel, have teamed up to create OSVR, an open source VR platform.