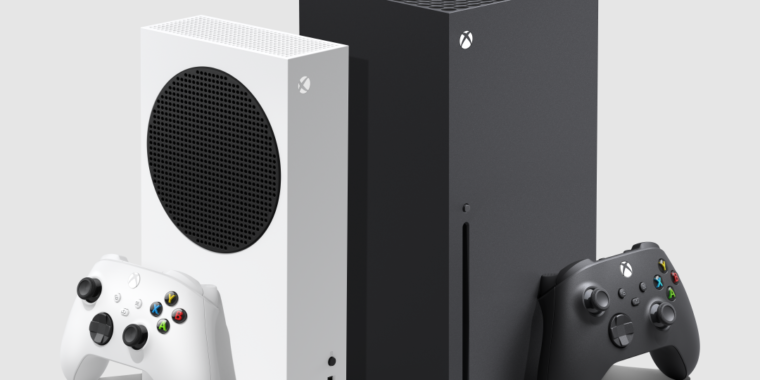 Microsoft has finally revealed an “estimated retail price” of $499 for its flagship Xbox Series X. That system will launch on November 10 along with the $299 Xbox Series S, the company confirmed this morning.

Microsoft is also expanding its existing “All Access” subscription program to give customers access to its next-gen hardware at no upfront cost. Players who qualify for a $25/month subscription for the Series S (or $35/month for the Series X) for two years will receive the console and access to all games available on Xbox Game Pass Ultimate (and the corresponding xCloud streaming options).

That Game Pass subscription now includes access to EA Play (formerly known as EA Access/Origin Access), with downloadable versions of 60 older titles from the publisher added to the package.

Following yesterday’s leak and subsequent confirmation by Microsoft of the lower-end, next-gen Xbox Series S, today Microsoft describes the differences between its two next-gen boxes. The main difference between the two, Microsoft says, is the resolution. While Series X games will aim for a “performance target” of 4K resolution at 60 fps, the Series S will instead aim for 1440p games at the same frame rate (although some developers may opt for fewer frames). Microsoft says the Series S delivers “about 3x the GPU performance of Xbox One,” compared to an 8x relative boost for the Series X. Those ratios would translate to about 4.5 teraflops of GPU power on the Series S, for those who do such things.

The CPUs on the Series S and X are “similar,” Microsoft says, while the I/O system behind the acclaimed “Velocity Architecture” is identical on both consoles, Microsoft says. But the Series S only has 512 GB of fast-access storage built in, compared to a full 1 TB on the Series X (adding more fast storage is possible, but can be quite expensive).

The Series S and Series X will both play the same games, including thousands of titles designed for older Xbox systems, Microsoft says. Games that can particularly take advantage of the Series S/X hardware are labeled as “optimized” for the new generation of consoles.

While Microsoft hasn’t specified the physical dimensions of the Series S box yet, it’s selling the diskless unit as “the smallest Xbox ever made” and “nearly 60% smaller” than the Series X. That would be a particularly clever marketing move, given that the PlayStation 5 will be one of the greatest home consoles ever.