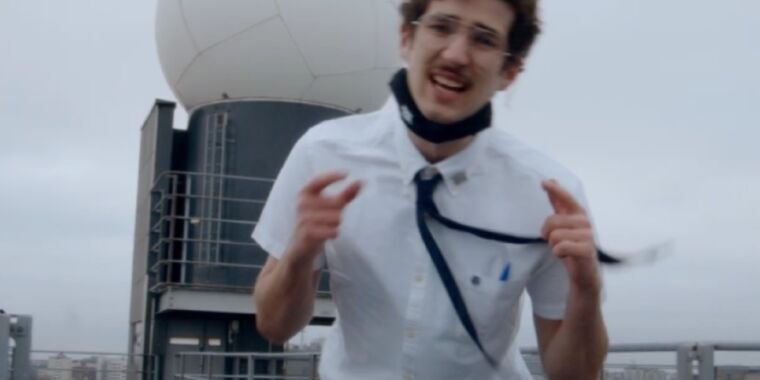 The global pandemic has ruined most of our plans for 2020, but it hasn’t stopped graduate students around the world from risking their thesis research and submitting videos produced with strict adherence to local COVID-19 regulations. 19 restrictions. With a little help from his friends Ivo Neefjes and Vitus Besel, a Finnish graduate student, Jakub Kubecka, won the competition with a rap-based dance about the physics of atmospheric molecular clusters. Using computer animation and drone footage, Kubecka defeated 40 other contestants to take top honors (and win the physics category).

As we mentioned before, the Dance Your PhD competition was created in 2008 by science journalist John Bohannon. It was previously sponsored by Science magazine and the American Association for the Advancement of Science (AAAS) and is now sponsored by AI company Primer, where Bohannon is director of science. Bohannon told Slate in 2011 that he got the idea when he was trying to figure out how to get a group of stressed-out PhD students defending their dissertation to blow off a little steam. So he organized a dance party at the Austrian Institute of Molecular Biotechnology, including a competition for the candidate who could best explain their thesis topics through interpretive dance.

The competition was such a success that Bohannon got emails asking when the next one would be – and Dance Your PhD has gone on ever since. It is now in its thirteenth year. There are four broad categories: physics, chemistry, biology, and social sciences, with a fairly liberal interpretation of which subjects fall under each.

Over the years, the quality of the videos has improved a bit – Bohannon recalled that the first year winning video just had a postdoc chasing some graduates to demonstrate mouse genetics – as were the prizes on offer. The overall winner now gets $2,000 (a princely sum for most graduate students), along with a bit of geek glory, with the individual category winners getting $750 each. The winner of the COVID-19 dance waltzed away with $500.

According to Kubecka, he wrote the music for his video together with Neefjes and Besel and was initially hesitant to sing/pick up himself. “To prepare for recording the lyrics, I ran with headphones all month playing the music at least 30 times a day to get it into my blood,” he said. “I think I even dreamed about it.” Once the music was recorded and the dance choreographed, the team had to get permission to film the accompanying video – just as the COVID-19 situation in Finland was deteriorating.

The trio changed their plans so that they would never be in the same room with more than two extra people (an actor and a cameraman) for the indoor shots. However, they performed much of the video outside. “In our infinite wisdom, we had decided that we would only wear short-sleeved shirts throughout the video, which we had to suffer for because of the Finnish winter weather,” said Kubecka. “Every outside shot started with throwing our coats off screen, performing the choreography, then running to get our coats again.” The radar of the local Finnish Meteorological Institute also occasionally interfered with the drone signal (“sometimes it would just fly off to the Baltic Sea”). But they persevered and now they have $2,500 in prize money to show for their efforts.

In the other categories, Fanon Julienne, a postdoc at the University of Le Mans in France, won the biology prize for her dance illustrating her thesis entitled “Fragmentation of plastics: effect of the environment and the nature of the polymer on the size and the form of generated fragments.” Recent MIT PhD Mikael Minier, now a software engineer at WaveXR in Los Angeles, California, won the chemistry award for his interpretation of his thesis on “Biomimetic Carboxylate-Bridged Diiron Complexes: From Solution Behavior to Modeling the Secondary Coordination Sphere.” Magdalena Dorner-Pau, a postdoc at the University of Graz in Austria, has won the social sciences prize for a dissertation entitled “Playful (De)Scribers: Examination of performative methods for the promotion of descriptive skills of children in linguistically diverse primary school classes with using the image description preview.”

As for the COVID-19 research award, Heather Masson Forsythe, a graduate student at Oregon State University, won that category with an interpretive dance — performed solo on a beach, in the hallway outside her lab, and in the woods, among other locations. -inspired by her thesis research on “Biochemical & Biophysical Studies of the COVID-19 Nucleocapsid Protein with RNA.” Forsythe is using nuclear magnetic resonance (NMR) imaging to learn more about one of the essential proteins encoded in the viral genome. That protein “plays a critical role in multiple processes of the infection cycle, including protecting and packaging viral RNA while assembling a virus,” she explained in her description. “Probable drug treatments could target and disrupt the interactions of the N protein with RNA, disrupting virus construction and replication.”