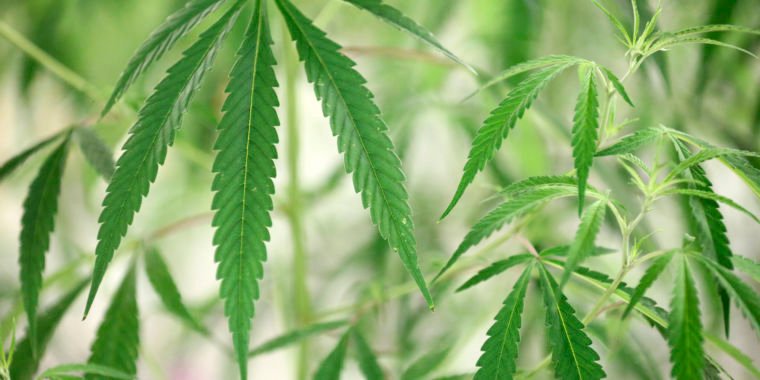 In a randomized, double-blind, placebo-controlled clinical trial — the gold-standard design — a component of marijuana called cannabidiol (CBD) reduced seizures in children with a rare and devastating form of epilepsy.

The results, published in the New England Journal of Medicine, provide the first solid evidence that marijuana can be used to treat epilepsy, something some patient groups and advocates have been advocating for years. It also adds to growing data supporting the controversial plant’s medicinal value. The Drug Enforcement Administration currently lists marijuana as a Schedule I drug, a type of drug with no accepted medical use but with a high potential for abuse.

A landmark review of marijuana research released in January by the National Academies of Science, Engineering, and Medicine concluded that marijuana may effectively treat chronic pain in some patients. But for other conditions, including epilepsy, the data is still inconclusive. Previous studies on epilepsy, for example, have been small or suboptimal and have yielded mixed results.

For the new high-quality study, neurologist Orrin Devinsky of New York University Langone Medical Center and colleagues enrolled 120 American and European children ages 2 to 18 (mean age of 9.8 years). All of the children had a rare form of epilepsy, Dravet syndrome, and suffered from drug-resistant seizures. Dravet syndrome is a lifelong persistent condition usually caused by a mutation in the SCN1A gene. This gene is crucial for proper electrical signaling in the brain, as it contributes to voltage-gated sodium ion channels in neurons. Dravet syndrome affects only about one in 16,000 people. Between 10 and 20 percent of those affected do not survive adulthood.

The 120 participants in the study took an average of three medications to control their seizures. During the first four weeks of the trial, the researchers tracked each participant’s seizure frequency as a baseline. The children were then randomly assigned to take either CBD – a non-psychoactive component of marijuana that is taken as an oil – or a placebo for 14 weeks, along with their regular medication regimen. The children and their caregivers did not know whether they were taking CBD or a placebo.

In the end, the group of children who used CBD saw their average number of convulsive attacks drop from 12.4 per month to 5.9. The average of the placebo group only dropped from 14.9 to 14.1 attacks per month. Analyzing the data further, the researchers found that 43 percent of those taking CBD saw their attack rate cut at least in half, while only 27 percent of the placebo group saw the same. Three of the participants who took CBD became completely seizure free, but none in the placebo group. Caregivers were also nearly twice as likely to report that the participant’s overall fitness improved while taking CBD compared to placebo.

But these benefits came at a cost. Ninety-three percent of those taking CBD reported side effects, while only 75 percent of placebo participants reported similar reports. The most common side effects reported in the CBD group (and much more frequently than in the placebo group) were somnolence, diarrhea and loss of appetite. Other side effects included fatigue, vomiting, elevated body temperature, lethargy, upper respiratory infections, and elevated liver enzymes. Eight participants taking CBD withdrew from the trial because of the side effects, as did one in the placebo group.

But some side effects may be due to drug combinations, not just CBD. For example, the children in the CBD group who also used the epilepsy drug valproate were the only ones who experienced liver problems as a side effect.

The researchers note that some of the side effects had the potential to “unblind” participants, initiating them into their treatment group. But when the researchers did an additional analysis of the data from the children who appeared to benefit from CBD, there was no correlation between improvement and common reports of CBD side effects. This indicates that those participants may not have noticed.

Still, the authors concluded that they need more data to determine long-term efficacy and safety. But the trial certainly showed that CBD reduced seizures in children with Dravet syndrome.

The trial was sponsored by GW Pharmaceuticals, which has branded its CBD oil Epidiolex. The company has already received a “Fast Track” designation from the Food and Drug Administration to expedite the approval process, which will begin later this year. Currently, there are no FDA-approved medications specifically for Dravet syndrome.

“This trial represents the beginning of solid evidence for the use of cannabinoids in epilepsy,” wrote Samuel F. Berkovic of the Epilepsy Research Center at the University of Melbourne in an accompanying editorial. “Following an era dominated by anecdotes and clouded by medico-legal issues and emotionally-soaked debates, more scientific studies are underway.”