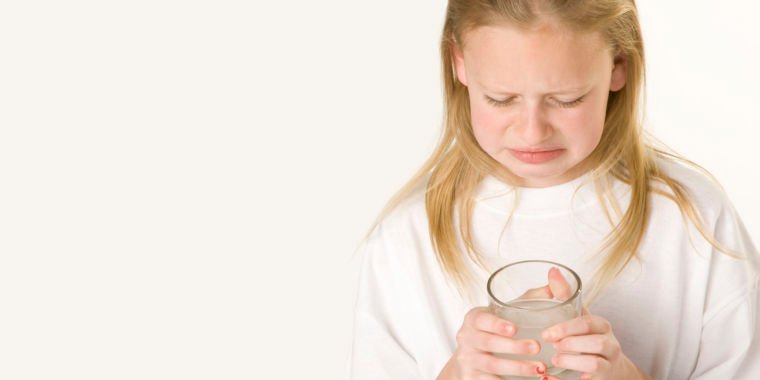 The maker of a wide variety of “water-based homeopathic medicines” has recalled 32 products marketed to children and infants because of microbial contamination, according to an announcement posted this week on the Food and Drug Administration’s website.

The announcement does not provide details about the contamination or potential risks. However, the North Carolina-based manufacturer behind the recall, King Bio, made a similar announcement in July. At the time, the company recalled three other products after an FDA inspection found batches contaminated with the bacteria Pseudomonas brenneri, Pseudomonas fluorescensand Burkholderia multivorans.

Pseudomonas brenneri is a bacterium recently found in natural mineral waters and its clinical significance is obscure. However, Pseudomonas fluorescens known as an opportunistic pathogen, causing blood infections, and Burkholderia multivorans can cause infections in people with compromised immune systems and cystic fibrosis. It was also recently found to be a rare but emerging cause of meningitis.

King Bio did not respond to Ars’ request for comment on the contamination, its possible source or the company’s actions to prevent further contamination. Ars initially found no information about the recall on King Bio’s website, but the site has since been updated (see update below).

However, the site boasts of the company’s safety and tidiness, saying that the company “uses an extensive water purification process to ensure our customers receive clean and healthy medicines” and that it has gone beyond FDA guidelines to “use the highest quality standards” in its production.

So far, it’s unclear what went wrong with those pledges. The company’s recall notice, published by the FDA, says only that:

A small percentage of our products manufactured between 08/10/2015 and 04/2018 have tested positive for microbial contamination. As a precaution, we are recalling the following products and lot numbers.

The notice then includes a long list of products and their health claims – which are quite extraordinary.

Homeopathic products, as Ars readers are probably aware, are products based on a pseudoscientific belief that substances that produce symptoms similar to a condition can cure that condition, known as the “law of similarities.” The potentially hazardous substances are generally safe to consume because homeopaths believe that “vigorous shaking” and excessive dilution — often to the point where no atoms of the original substance are left behind — make them more effective. As King Bio puts it, this preparation “potentiates” the substances.

While that statement conflicts with basic scientific principles, homeopaths usually generate harmless placebos, marketed as “natural” remedies, with unfounded if not remarkable health claims. That is certainly the case for King Bio.

A newborn tonic is said to relieve “restlessness,” and the teething company’s product claims to treat “a baby’s desire to be held constantly.” The company’s “Childhood Fever Reliever” somehow also reduces “anxiety” and “hypersensitivity.”

In 2016, the Federal Trade Commission announced it would begin tackling the labeling of homeopathic products. Labeling should clearly indicate that the products have no scientific evidence of efficacy and that homeopathic concepts are not accepted by the modern medical community.

Likewise, the FDA announced last December that it would strengthen enforcement of manufacturing and safety regulations for homeopathic products. The announcement followed several other homeopathic recalls in which products marketed to children were found to be contaminated. In the most high-profile case, homeopathic teething products were found to contain poisonous belladonna, also known as deadly nightshade. Those products were linked to illnesses in 400 children and the deaths of 10 babies.

UPDATE 24/8/2018: King Bio has updated its website with a note regarding the recall. The company wrote: “In the past two weeks, microbial contamination was discovered in two children’s products, but as an added precaution, we have chosen to recall all children’s products manufactured between August 2015 and August 2018.” It added that no injuries or illnesses have been reported so far.