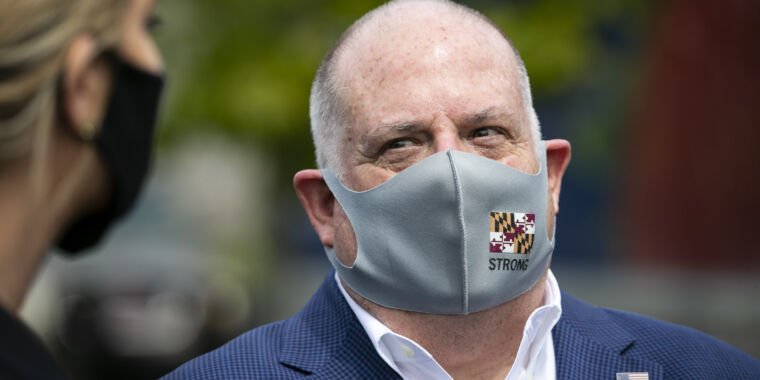 Maryland reported the highest number of new cases of COVID-19 on Tuesday — just four days after the state began easing public health restrictions to curb the spread of disease.

While state officials note that an increase in testing and a backlog of test results may partially explain the spike, overall cases suggest disease transmission hadn’t declined in the run-up to reopening — and transmission could very easily increase as residents kick in. spend more time in public places.

Maryland’s outcome may hold lessons for other states attempting their own reopening. As of today, May 20, all 50 states have begun easing restrictions at some level, according to The Washington Post.

In Maryland, officials on Tuesday reported 1,784 newly confirmed COVID-19 cases. That figure surpasses the previous highest daily toll on May 1 of 1,730 new cases. Otherwise, the state’s other high daily tolls are about 1,200 new cases.

In the 24-hour period in which the spike was reported, the Old Line State also reported that 5,368 people had tested negative, according to NPR. That means about 25 percent of the tests from that time were positive for the disease.

Health experts generally consider a positive rate of 10 percent or less to be a measure of an area’s testing and understanding of the state of an outbreak.

Despite the new cases and the fact that there is a state of emergency, Maryland started reopening businesses last Friday. Stores, churches and hair salons were allowed to reopen at 50 percent capacity under a Safer at Home policy.

Republican government Larry Hogan made the decision because hospital admissions and hospital bed occupancy were either stable or in decline, as NPR noted. He also said the state had the resources to conduct contact tracing for up to 1,000 cases per day — a figure significantly surpassed Tuesday.

In all, Maryland has confirmed more than 42,000 cases and more than 2,000 deaths. Many are in a corridor that stretches from Baltimore to Washington, DC. For example, Montgomery County, Maryland, which borders Northwest DC, reported 533 of the state’s 1,784 new cases on Tuesday.

The DC metro area, in particular, has struggled with the outbreak. Reuters reported Tuesday that a senior White House official said the DC metro area — along with Chicago, Los Angeles and Minneapolis — is still on an unexpected “plateau” of COVID-19 transmission.