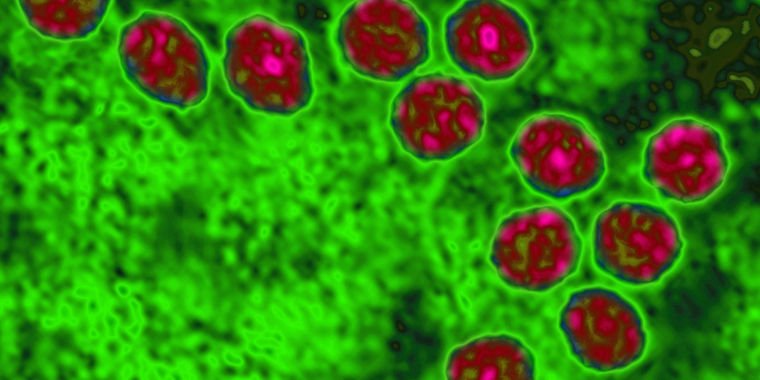 A gene is a DNA sequence that encodes the instructions for when and where to make a certain protein. But most of the DNA in our genome – over 90 percent – ​​is not genes.

The argument over the role of this seemingly foreign DNA has been tossed around. In the 1970s it was thought to be generally useless junk. But in 2012, the ENCODE consortium (the ENCyclopedia Of DNA Elements – cute, right?) stated that most of the DNA had some kind of activity. Earlier this year, a new analysis again emphasized that it’s just garbage.

Even as that debate raged among researchers, viruses have been using some of the noncoding DNA for their own purposes: to hijack our cellular metabolism and promote their own replication. Results are reported in Science.

ENCODE concluded that much non-coding DNA can be functional because much of it is transcribed into RNA, even if that RNA is not translated into proteins. There is some evidence that some of these RNAs are functional, as they play a role in controlling other genes (although clearly not every RNA plays this role). Some of these RNAs, especially those that are relatively long (over two hundred bases) but still fail to become proteins, have been shown to be induced by viral infection.

New work in China has shown that viruses actually benefit from one of these RNA molecules. The long non-coding RNA in question is made by both mice and men. It is induced by various viruses and when eliminated these viruses are unable to multiply. How all these different viruses activate the same gene is not clear at this time.

The RNA binds to and activates an enzyme (glutamic-oxaloacetic transaminase) involved in many important metabolic processes, including amino acid metabolism, long-chain fat utilization, and a basal respiratory cycle. By inducing the production of this long, non-coding RNA, viruses move the metabolic enzyme into hyperdrive to drive viral replication. That suggests that the enzyme itself could be a useful drug target.

We know quite a bit about the various tricks viruses use to enter cells and the means they use to get out. Less clear are the molecular mechanisms underlying how viruses subvert a cell’s metabolism toward their own nefarious goals. This work suggests that viruses, unlike biologists, are not particularly interested in the evolutionary necessity and purpose of non-coding DNA. They just use it.