Manage your expectations about the benefits of emissions reductions, study says | Techilink 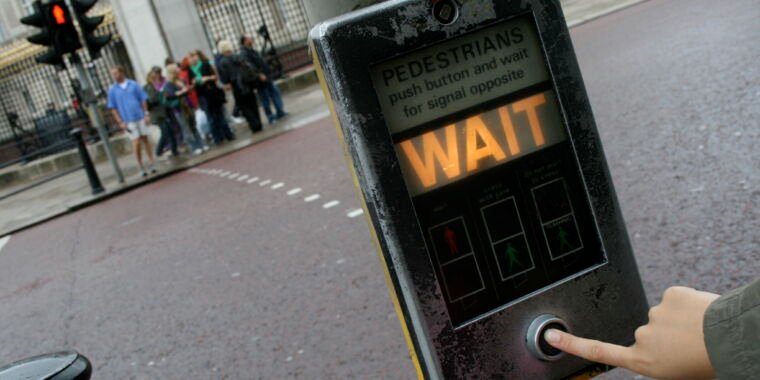 The climate is sometimes compared to a huge ship, in that it takes some time to steer it in a new direction, meaning actions to limit global warming produce very gradual results. While the lack of instant gratification is certainly frustrating, having some cues of progress could at least allow you to be patient with the energy transformation needed. The problem is, Earth’s climate system differs from that metaphorically huge ship in one important way — there’s a significant amount of natural variability that can also mask a change in trend.

So before we see any change in climate trends from our current actions, we must both wait for them to start and wait for them to grow large enough to be detectable against a background of natural variability.

A new study led by Bjørn Hallvard Samset addresses the question of how long it takes to clearly see the effects of reducing emissions. “This article is about managing our expectations,” say the authors in their new work. The failure of that management could mean that undertaking the work of climate mitigation would lose support if people expect immediate progress that is not realized.

This important reality check has already been studied in climate model simulations. The new study checks the usual scenarios with a slightly different methodology, but also focuses on what it would look like to reduce individual gases (such as methane) against a background where other emissions aren’t curbed as quickly.

Global temperature variability is largely due to oscillations such as back and forth El Niño and La Niña patterns in the Pacific Ocean. These patterns can even extend for decades with trends above or below long-term behavior, as we saw in the 1990s and 2000s. There are also less predictable sources, such as the occasional large volcanic eruption that cools the planet for several years. All this means that it is difficult to evaluate a short-term temperature trend record and confidently state what it is would have looked like with slightly higher greenhouse gas emissions.

To address this, the researchers started with simulations of a large global climate model to get an estimate of the range of natural variability. They then used a much simpler model that could quickly simulate temperature trends in many different scenarios of greenhouse gas and aerosol emissions between 2020 and 2100.

The aim of each scenario was to calculate the year in which the temperatures are statistically indistinguishable from another emission scenario used as a basis for comparison. There are multiple ways to do that, but in this case the researchers used the simple t-test to indicate when the two groups of data points were clearly distinguishable.

First, the researchers compared broad scenarios of emissions: low, medium and high scenarios representing warming ranging from less than 2°C by 2100 to more than 4°C at that time. They calculated that the temperature difference between even the low and high scenarios is not apparent until the mid-1930s. But given that the world is currently on track to stay south of that high-emissions scenario, the comparison between medium and low is perhaps the most relevant for our future. In that matchup, the temperatures are not clearly separated until around 2046. That’s a long time to wait before we see our actions pay off.

The researchers also ran scenarios in which a single type of pollution was reduced, while other emissions followed the middle scenario. These generally showed smaller effects and therefore longer timelines for the appearance of differences. for CO2methane, nitrous oxide, sunlight-reflecting sulfur aerosols and sunlight-absorbing soot, they simulate the effects of cutting emissions to zero, by five percent per year and dropping emissions from the general low-emissions scenario.

CO . drop2 to zero would, of course, be huge, and the researchers’ calculation shows that global temperatures would clearly reflect that reduction by 2033. The less extreme reductions are still measurable by the mid-2040s.

Things like methane and soot are a little more interesting. Targeted reductions have been suggested as ways to significantly limit warming in the short term because of their potential. Eliminating soot emissions immediately (however unlikely) would be measurable by 2028, while a five percent annual reduction would have a clear impact by 2048. Eliminating methane alone would have a measurable impact on temperature by 2039, and five percent annual reductions would appear in 2055.

But if you compare the amount of avoided warming in 2100, the long-term effect is small. Banning methane lowers 2100 temperatures by just under 0.2°C, and a similar treatment of soot only lowers temperatures by just under 0.1°C. That’s because both had limited long-term effect to keep up with. start – a sharp contrast to CO2† methane is doing produce more warming, pound for pound, but it breaks down in the atmosphere and turns into CO2 and water vapor. And soot only stays in the atmosphere for a few days before it washes out, limiting its influence.

So while targeting less abundant but potent sources of warming can yield faster results with less effort, it obviously takes an “all of the above” strategy to reap big and lasting benefits.

Just as climate scientists conduct studies to see whether warming trends or extreme weather events can be attributed to human-induced greenhouse gas emissions, there will (hopefully) soon be a need to analyze the effects of emissions reductions. And that will be necessary to show that the effort pays off.

“Simultaneous mitigation of multiple components,” the researchers write, “[…] has the potential to be detectable around 2040. These are expectations that must be clearly explained and communicated to policymakers and to the public if we are to avoid a backlash against perceived ineffective mitigation policies.” In the meantime, they point out that we need to keep an eye on other metrics, such as emission trends and concentrations of the greenhouse gases that continue to build up in the atmosphere.