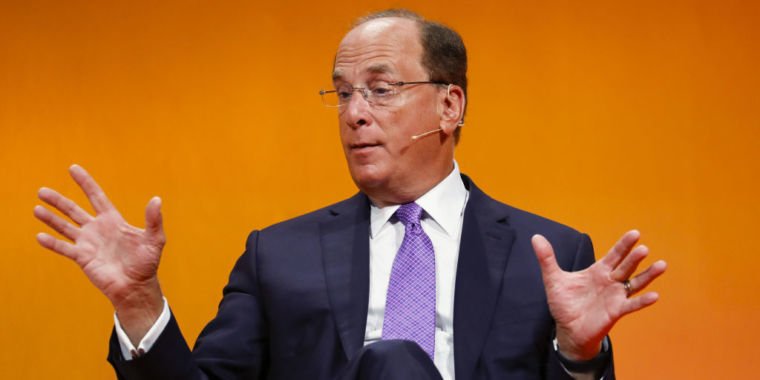 When it comes to taking action on climate change, the world has found itself in a very strange place. Scientific results still indicate that the consensus on our role in driving climate change has every reason to be accepted. Several years of climate change’s predicted impacts — record high temperatures, massive storms and uncontrolled wildfires — have caused more and more of the public to ignore the few skeptics and deniers who persist. Aside from a handful of holdouts, governments have accepted that they must do something about climate change.

Despite all that, we continue to do very little, and CO2 emissions have continued to rise. Nowhere is this more evident than in the financial markets. It is very clear that companies value the rights to extract fossil fuels, although governments will almost certainly prevent some of them from being developed. And they continue to do so because governments and investors allow it.

Divestment campaigns have begun to change that, draining $12 trillion in assets from companies that rely on fossil fuels. But the move may have gained significant additional momentum this week when one of the largest investment firms, BlackRock, announced it will put sustainability, and especially climate change, at the heart of its strategies. Included in the announcement is that it would immediately begin withdrawing many coal investments and complete the change before the year is out.

What BlackRock can and cannot do?

BlackRock’s new policy was announced in an open letter from the CEO to the companies in which it invests (or could invest). The consequences of that policy are detailed in a cover letter from its management team to its investors. We will spend some time below going into the details of this policy and the reasons for it. But first, we’ll explain why BlackRock’s decision is important and some of the factors that could limit its overall impact.

One key to the importance of the decision is simply the scale of the company: BlackRock manages approximately $7 trillion in assets and invests money on behalf of institutional investors and individuals. Purely from a PR perspective, a company of that size that focuses on sustainability puts pressure on other investment firms to follow, otherwise they are seen as poor global citizens. But BlackRock’s announcements also make a strong case that a focus on sustainability is a powerful means of avoiding financial risk. If other investors find these arguments convincing, other companies may be forced to follow suit.

In managing the money investors have put into it, BlackRock and these other companies are bound by a “fiduciary duty,” meaning it must act in the best interests of its investors. In effect, this means that the company has to demonstrate that changes in its investment strategy represent sound financial decision-making.

However, BlackRock’s ability to trade is limited by the nature of a number of things it offers investors. Assets are often invested in specific funds designed to identify the best performing companies in specific markets, such as healthcare or energy. Here, BlackRock can do a number of things: change the definition of best performer to include sustainability metrics; offering funds targeting companies with sustainable business models; and offering funds that invest in specific sustainable businesses, such as renewable energy.

However, many of the assets BlackRock manages are invested in passively managed index funds, which put their money into companies that meet a specific definition: all companies in the S&P 500, or all stocks that meet a definition of “small cap.” for example. Here, regardless of BlackRock’s focus on sustainability, the company can do little to change the companies it invests in.

However, BlackRock may be able to change the companies itself. Investors in these funds typically give the investment managers the ability to act as nominees in voting on the board of the company. These include things like approving board members or changing the way the company does business. Because large investors like BlackRock own a large number of stocks, changes in voting patterns can make a significant difference.

What does it plan to do?

With a better idea of ​​what the company can do, we can turn to what it plans to do next. In the open letters, the company’s management argues for a focus on sustainability.

“BlackRock does not see itself as a passive observer in the low-carbon transition,” said CEO Larry Fink. “We believe we have an important responsibility – as an index fund provider, as a fiduciary and as a member of society – to play a constructive role in the transition.” And just as importantly, Fink says, customers have consistently asked for action on climate and sustainability issues.

Fink elaborates on how sustainability fits with the company’s fiduciary duty. He states that “Climate change has become a determining factor in the long-term prospects of companies.” As a result, investors are “starting to reassess the core assumptions about modern finance,” meaning “significant redistribution of capital will occur in the near future — and sooner than most people expect.” With this imminent redistribution, companies with a focus on sustainability offer the lowest risk and best return on investment, Fink said. This is the rationale for changing its investment policy to protect the interests of its investors.

BlackRock’s CEO is calling on companies to use recently developed standards to report their climate and sustainability-related risks, as well as how they plan to operate within the limits of the Paris climate accord. He goes on to say that if the companies don’t do that, BlackRock assumes they aren’t managing the risks well. He then drops the big threat: “We will be increasingly inclined to vote against management and the board of directors when companies make insufficient progress on sustainability-related disclosures and the business practices and plans that underpin them.”

The letter from the company’s Executive Committee details some of the practical changes that will be made. For funds that are actively managed, sustainable alternatives will be developed that will eventually become the central focus of the company. For unmanaged index funds, the company will develop alternatives that have a similar focus and investment return, but include only companies that meet sustainability standards. All fund managers are required to report on how they manage sustainability risks, and the company will develop tools to better evaluate them. The results of those evaluations will be used internally and made available to potential investors as part of the Fund’s advertisements and disclosures.

As a first step to limiting the company’s exposure to climate risks, it focuses on coal. “Thermal coal is significantly carbon-intensive, becoming less and less economically viable and highly exposed to regulation due to its environmental impact,” BlackRock executives claim. “With the acceleration of the global energy transition, we do not believe that the long-term economic or investment base justifies further investment in this sector.” Before 2020 is over, the company will sell investments in any company that gets more than a quarter of its revenue from coal production.

That leaves a lot of room for further investment in diversified businesses where coal is only a part of their revenue. But those are also the companies best positioned to exit the market, as the outlook becomes increasingly bleak.

Good, but not enough

While most of the individual steps taken by BlackRock are commendable, the full magnitude of their impact will be determined by how many additional companies force the decision to follow suit and how quickly companies adopt BlackRock’s standards for risk. The challenges here are significant and nicely reflected in another recent open letter from a corporate CEO.

This came from Siemens CEO Joe Kaeser, who was responding to criticisms of the company’s role in a mining project in Australia — criticism that has increased in the wake of the country’s spiraling fire season. Siemens’ role in the project is small – providing signaling equipment to the railway that will serve the mine – but its participation is shocking, as the company has pledged to become carbon neutral within ten years.

The letter is a bizarre mishmash of justifications and confused messages. We signed a contract and can’t go back. But we have amended the contract so that we can withdraw if bad things happen. The Australian government and local Indigenous Australians have approved it, so it’s OK. And other companies were bidding on the contract we won, so it would have happened anyway. We love the environment, but we also love our employees and wanted to make sure we didn’t lose money doing this. But environmental care should not be about money. We want Greta and other involved teens to approve of our actions, but they keep saying no. Did I mention we have a large renewable energy division? We will also help with wildfire recovery.

(No, I’m not exaggerating. Everything above, except a specific mention of Greta Thunberg, is there.)

It takes Kaeser until the last paragraph of the letter to get to the real problem: “We should have been wiser about this project beforehand.” In other words, our commitment to dealing with climate change is not deep enough to have changed the way the company makes its business decisions. That entrenched tendency to just keep going is exactly why we’ve done so little despite the public consensus to act, and it’s the biggest challenge BlackRock faces.