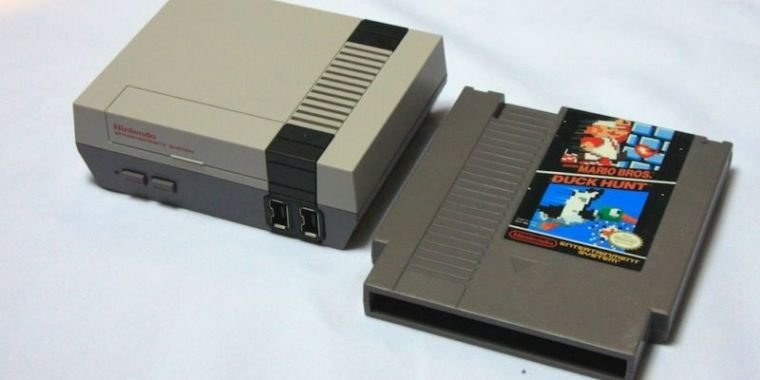 Update: Just as this piece went up, Toys R Us’ online allotment for the system sold out within minutes of it being available for web order. And Nintendo has given Ars Technica the following statement regarding availability:

The Nintendo Entertainment System: NES Classic Edition system is a hot item and we are working hard to meet consumer demand. There will be a steady stream of additional systems during the holiday shopping season and into the new year. Please contact your local retailer to check product availability. A selection of participating retailers can be found at www.Nintendo.com/nes-classic.

Original story: Anyone who doubts the sheer market power of Nintendo nostalgia would do well to take a look at the resale market for the miniature NES Classic Edition today, the morning of the console’s release. Ars’ analysis of the 100 most recent successful eBay sales sees the tiny HDMI-powered unit, which comes preloaded with 30 classic NES games, going for an average price of $183.52.

That’s more than 200 percent more than the Classic Edition’s $59.99 retail price (the median eBay resale price is a comparable $179.99). And that average doesn’t even include the most lucrative auction we’ve seen for the console, drawing $499.99 from at least one buyer.

Instant aftermarket price inflation comes after stores like GameStop, Best Buy, Target, and Walmart all refused to take pre-orders for the NES Classic Edition, forcing avid nostalgic gamers to queue to get limited supplies from brick-and-mortar stores today. Early reports from 24-hour Walmart locations (where the unit was available at midnight) suggest that many locations had only six units to sell and had to send many home disappointed in the queue.

Amazon hasn’t taken any pre-orders for the console either, and the online retailer says it will have “very limited quantities” available around 2 p.m. PST today. Amazon has even disabled one-click ordering for the system to give more people the chance to get their order in. an e-mail.

Nintendo’s own unique retail outlet in New York City’s Rockefeller Center only had 250 NES Classic Edition units to sell to the first guests who arrived last night at an 80s themed launch party.

The high retail price for the Classic Edition seems to be attracting quite a few resellers trying to sell their consoles on eBay’s marketplace – the auction site lists more than 800 successful auctions for the system in just the past 24 hours. That supply has clearly yet to meet the demand of those who can’t (or don’t want to try) to find a system in retail.

At this point, it’s hard to say whether the Classic Edition’s high aftermarket price is a launch day blip or a situation that will last throughout the holiday season. After the launch of the Wii U, eBay prices for the system initially soared to a whopping $750 on eBay, but quickly hit the ground running when demand was met. At the other end of the spectrum, however, the widespread retail shortages for the ultra-popular Wii lasted well over a year, forcing Nintendo to deny that the limited supply was a conspiracy.

Much depends on how many more Classic Edition NES systems Nintendo can get to stores before the Christmas shopping season really kicks off. Polygon reports that a second wave of shipments is expected “within a few weeks,” meaning Black Friday breakouts might just be your next best chance to find the system in stores after today’s expected sale.