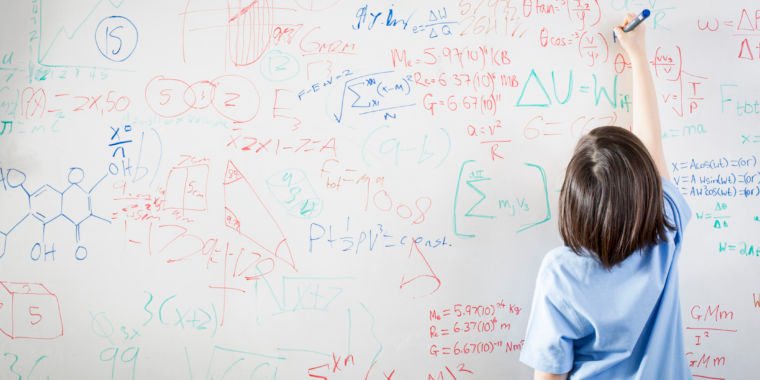 A review of Sabine Hossenfelder’s book, Lost in Math: how beauty leads physics astray begs for an introduction to Hamlet. Phrases like “something is rotten in the heart of theoretical physics” fly around like vampire clichés, ready to suck the joy out of every writer passing by.

Nevertheless, Hossenfelder sounds the alarm by suggesting that theoretical physicists may need to spend a little more time introspecting and examining some of their work assumptions. Theoretical physics has been starved of new data for more than an entire generation. How can a theorist choose a good model in the absence of data? And how do you choose which experimental options to pursue based on competing theoretical models?

Hossenfelder, who is himself a theoretical physicist, argues that physicists’ solution to this problem is an aesthetic one, not a scientific one – and the generational failure means that aesthetics are not the right choice here.

In Lost in math, Hossenfelder briefly examines the history of particle physics to explain the success of the Standard Model of particles and forces. She points out why we have had no unexplained data from experimental particle physics for the past 50 years. She then takes us on a tour of the data that makes us think we should be looking for physics not explained by the Standard Model: dark matter, dark energy, and cosmic inflation.

All this explains how theoretical physics seems to want to change the rules of what defines science. Hossenfelder has documented theoretical physicists who explain that while a theory cannot make measurable predictions by its constructionit should still be considered a scientific theory.

But what makes a ‘good’ theory in the absence of data? You and I might think these are predictions for new data and yes, that plays a part. But Hossenfelder takes us into a realm where theories are decades of testing. Unfortunately, we now have to evaluate their quality so that we can determine how much effort we put into preparing for those tests. What are the criteria for that?

The answer is… ugly. Theorists put forward the following kinds of arguments: the Standard Model is described by mathematics that physicists like; therefore, we insist that new physics be described by mathematical beauty. This is accompanied by another argument called naturalness. What is naturalness? It turns out that everything should be approximately equal to one. If a theory produces a very large number, that’s okay, as long as it also produces another very large number, so that the difference or ratio of the two is, you guessed it, about one. One is the most natural and only acceptable answer. Any other answer is unnatural because it is unlikely to happen by chance.

Hossenfelder travels the world talking to pretty much every big name in the field. She talks to string theorists, she deals with supersymmetric theories and she goes to the beach to talk to Lisi about his ideas about group theory. In all this, Hossenfelder hopes to find an unspoken justification for choosing beauty and naturalness as good standards.

Lost in math however, does not rely solely on interviews. Hossenfelder shows us exactly how beauty and naturalness have led us astray. Supersymmetry was attractive because it was natural and beautiful. Unfortunately, the results from the Large Hadron Collider eliminated natural versions of supersymmetry. If it turns out that the world is supersymmetric, the theory is not natural; it will be refined, with some unusual songs just baked in.

The Ugliness of Reality

To counter this, Hossenfelder looks back at the history of physics. Physics has a graveyard that is full of great ideas. Beautiful and wrong. And, as Hosenfelder points out, very few new theories are considered beautiful upon arrival. Newton’s contemporaries were shocked by his theory of gravity. They recognized it worked, but where were the gears? How could the moon be drawn to Earth if there was nothing connecting them? Basically, it was an ugly hack that worked. Now we think it’s beautiful.

Quantum mechanics was also considered AD hoc and ugly. And even within quantum mechanics, scientists found each other’s ideas ugly (even if they explained the same phenomena). Like Newton’s theory of gravity, success leads to familiarity, and familiarity leads to love. Hossenfelder’s point is that beauty has led us astray (or more times) than it has led us to an improved theory.

Many of the theorists Hossenfelder interviews seem to fall into two classes: some argue that this time beauty and naturalness are rightor they acknowledge their prejudices but are determined to continue operating within those prejudices. In that regard, the book paints a very disturbing picture of particle physics.

Lost in math is a fast and relatively light reading. Most of it is Hossenfelder’s personal journey to find the justification for beauty and naturalness. The journey is above all entertaining and captivating. When she pauses to dive into various theories of particle physics, things don’t get too difficult. And, most importantly, I think you don’t need to have a physics background – you still get enough out of the theory parts to follow the arguments. You will eventually figure it out if you know more about the culture of theoretical physics.

Unfortunately, Hossenfelder comes into its own quite early in the book. And then he makes the point again in a multitude of different ways. It gets a bit predictable.

I imagine Hossenfelder’s book will lead to a fair amount of angry internet yelling. You see, every large-scale experiment we build today, such as XENON100 – a detector that searches for dark matter – is not just a marvel of applied physics and engineering. The choices for the type of detector were determined by choosing a series of theoretical models for dark matter. But these models are limited to beautiful and natural models. Theorists seem to have taken the hymn “All things bright and beautiful” literally, but they would do well to remember that the alternate version “All things dull and ugly” is equally valid.