Looking for the ultimate Super Mario Bros. player among the crowd |Techilink 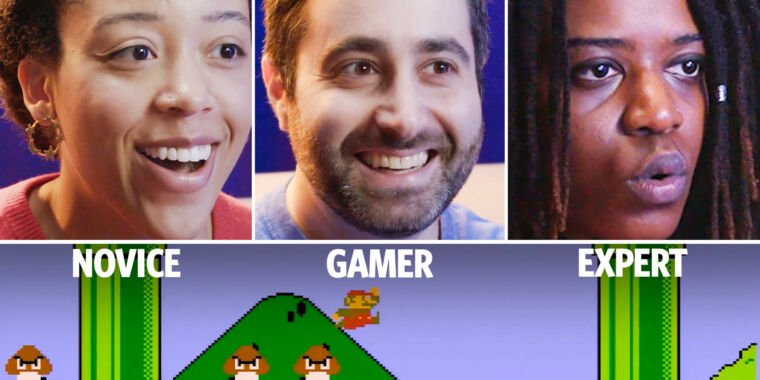 If you’re a nerd of, say, a certain ageChances are you’ve experienced first-hand the joy of dropping yourself cross-legged on the carpet in front of a blurry television – set to channel 3 or channel 4, of course – and being away all day playing it original Super Mario Bros. on the NS. (You also know for sure that all the deaths are the stupid controller’s fault.)

Indeed, Super Mario Bros. is probably one of the pop culture pillars of the GenX/Millennial collective unconscious (and perhaps for GenZ, too, although the GenZ folks, while assuming common cohort data, would have grown up with much more sophisticated consoles than the poor old Nintendo entertainment system). But how widespread is it really? How universal is the experience of settling in to play? SME in the original NES format, without emulators on a real CRT television, and with those levels (and that music!) tattooed directly onto your brain?

To find out, we grabbed 30 randos from the New York area (in January, in the Long-Long-Ago when people were still walking the streets freely) and challenged them to put on their plumber’s overalls and see how long they last. could survive on a journey through World 1-1 of the Mushroom Kingdom. We also got in SME speedrunners Authorblues and Kosmic to break through the iconic level design of World 1-1 and take us through some of the esoteric tricks speedrunners use to blast through the level as fast as humanly possible.

I can’t pretend it was a scientific test or that our sampling method was worth it, but I can saying I was amazed at how good some of these people were at mashing that D-pad.

This video is the pilot of a new series idea we’re trying out, tentatively titled ’30 People Play’. The concept is that we sink or swim about 30 people in a retrogaming scenario and see how well they do when challenged. We have a few more in various stages of editing, but with everyone sitting at home for quarantine and going crazy The office or whatever, we thought this might be a fun video to release a little sooner.

If this isn’t your thing, that’s okay – we’ve also got plenty of War Stories content in the middle of the edit, including a lengthy multi-hour interview with Empty space creator Glen Schofield and a huge, heavy episode focused on our favorite late 90s RTS, home world†

I hope you all take good care of yourselves and that you are getting through life well. Remember to take regular breaks and don’t forget to laugh at things every now and then. When it seems the world is drowning in serious things – a little laughter all the time helps!