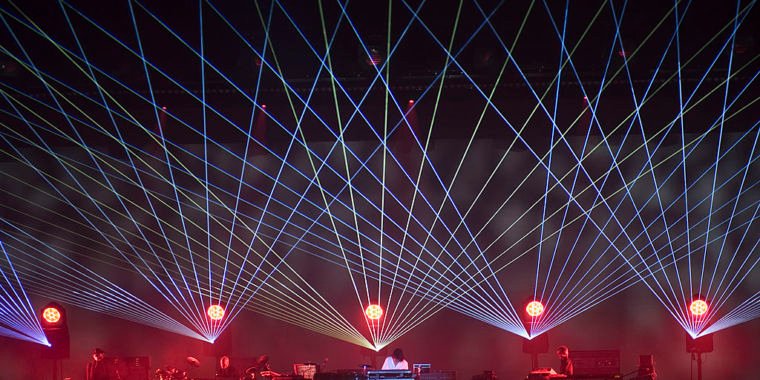 I think everyone knows about the invisible ink trick. Write your message in lemon juice on paper and when the juice dries it will be invisible. But when you heat the paper, the lemon juice reacts with it and turns brown, revealing your glowing prose for all to read.

That’s so old-fashioned – I want to write invisibly with laser (and no, I’m not paid to be logical. Why do you ask?). Since lasers make life worth living, others apparently felt the same way. Look, there is now invisible writing with laser technology.

To create laser-guided invisible writing, we need to delve into how light interacts with matter. Imagine a glass plate. When I shine a laser through the glass plate, almost nothing seems to happen. But internally a lot is happening. The electric field of the laser beam grabs the electrons around the atoms in the glass and shakes them well. As the electrons shake up and down, they absorb light from the laser and re-emit it. The color doesn’t change, but the light slows down a bit.

For a weak laser, the electrons move perfectly along with the electric field, while this is not the case for strong fields. And if they don’t, the light the electrons emit won’t be the same color as the light they absorb. So we can shine red light into our glass and take blue light out. Or in extreme cases white light comes out because the electrons oscillate at many different frequencies.

Those are the two properties that the researchers use: a material can emit light of a different color than it absorbs, and its structure determines that colour.

Nature didn’t provide the structures the researchers wanted, so they made them. The structures are very simple: small (about 150 nm wide) golden Y-shapes on a glass plate. The Y-shape has the right symmetry to absorb radiation at one wavelength and emit it at half the wavelength. By choosing the dimensions of the Y shape, the researchers can choose the wavelength for which it will work most efficiently. The researchers chose a Y-shape that emits best at about 600 nm (red light), meaning it needs to be illuminated with light with a wavelength of 1200 nm (near infrared) to work.

A series of these will evenly absorb a little bit of the input wavelength and evenly emit red light. But there’s a trick here: the orientation of the Y shape is important. If a Y shape is rotated 15 degrees counterclockwise and a neighbor is rotated 15 degrees clockwise, they will emit out of phase with each other and the light from the two will interfere destructively. In other words, if your series of Y shapes consisted of pairs with a 30-degree rotation between them, no red light would be emitted.

But this only happens for the infrared photons that are converted to red – the rest of the infrared light doesn’t change at all. And if you shine a red light directly on it, you won’t see the difference either. The Y’s are invisible and it appears to be a uniform surface.

So now you can write invisibly. To demonstrate this, the researchers printed sequences of Y-shaped pairs. Where they wanted emission, the pairs matched; where they wanted darkness, the Y shapes were rotated among themselves to have a 30-degree angle. For all normal lighting, the surface appeared a uniform hue. But when illuminated with the right color of infrared laser light, the letters shone a beautiful red.

Nice and all, but what is it for?

I must admit I fell in love with the idea, but I don’t really believe in the researchers’ justification for it: safety. Somehow they somehow got the idea that this is some form of encryption. As they’ve shown it, you could call it encryption, but only in the weakest possible form. I see it more as a form of advanced watermarking.

But I don’t really care. I am pleased with the control and precision of the experiment. These are the kinds of developments needed to build the next generation of optical devices for computing and communications. And, frankly, the coolness is reason enough.