Level Up: How Video Games Have Evolved to Solve Important Science Problems | Techilink 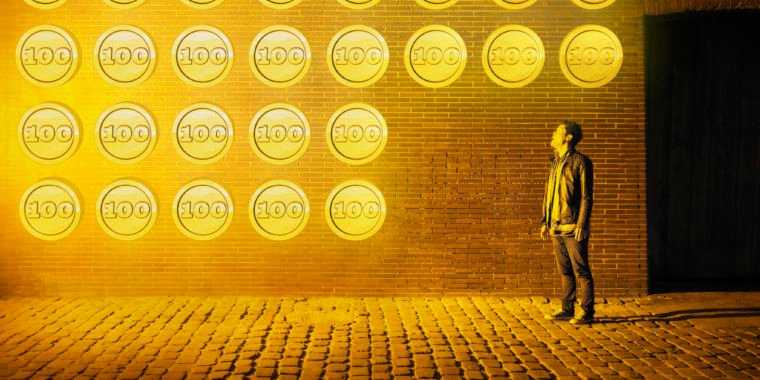 In the early 1950s, just as rock and roll hinted at social change, the first video games were quietly being designed in the form of technology demonstrations – and there was a scientist behind them. In October 1958, Brookhaven National Laboratory physicist William Higinbotham created Tennis for two. Despite graphics being ridiculously primitive by today’s standards, it has been described as the first video game in history.

Higinbotham was inspired by the government research facility’s Donner Model 30 analog computer, which could simulate trajectories with wind resistance, and the game was designed for display at an annual public exhibition. Although his goal in creating the game was rather academic, Tennis for two proved a hit at the three-day exhibition, with thousands of students lining up to see the game.

At first glance, today’s video gamers and scientists seem worlds apart. But starting with Tennis for two, video games have quietly and consistently been within the scope of academic study. Every generation of gamers has seen new titles at different research institutions to explore programming, human-computer interaction and algorithms. Lesser known chapters of history reveal that these two worlds are not as far apart as you might think.

From Space War! until Fold it

After Tennis for twoAfter the success of the late 1950s, computer technology improved rapidly in subsequent years. As computers got smaller and faster, more people got access to them. As a result, programmers began making games for non-academic purposes, leading to 1962 and the “birth” of Space War!the first digital computer game available outside of a research institute and created solely for entertainment purposes.

Numerous computer games were created throughout the rest of the 1960s and early 1970s, and aspiring programmers saw a profitable industry grow as the audience for video games grew. Meanwhile, the division between academia and the video game industry became increasingly clear. With the release of Space invaders in 1978 and the introduction of vector rendering technology a year later, a golden era of arcade video games began, one that would culminate with the release of Pac man in 1980.

In the 1990s, as advanced video game consoles entered the homes of hundreds of millions of people around the world, the divide between the science/academic world and the video game industry seemed deeper than ever before, and possibly permanent.

Academics looked at video games and showed that they can improve a gamer’s creative thinking, teamwork skills, hand-eye coordination, problem-solving, and memory (although numerous scientists have also focused on what they consider to be the downsides of gaming). But games had no obvious real-world use for anyone other than the gamer. However, that has been changing in recent years, thanks to the release of online games that are not just for entertainment purposes.

A major event that triggered the shift came in 2008 with the release of Fold ita revolutionary online game that allows players to contribute to important scientific research. Fold it was developed as part of an experimental research project conducted by the Center for Game Science at the University of Washington, in collaboration with the UW Department of Biochemistry. The Fold it website was crystal clear about the purpose of the game:

Fold it tries to predict the structure of a protein by using people’s intuition to solve puzzles and by having people play competitively to fold the best proteins. Since proteins are part of so many diseases, they can also be part of the cure. Players can design brand new proteins that can help prevent or treat major diseases.

In a virtual competition pitting gamers against the most famous computer program designed for this task, gamers left their mark. Only two years later Fold it‘s release, more than 57,000 players already delivered actionable results that matched or outperformed algorithmically calculated solutions. In 2011, a team of Fold it it took gamers just 10 days to figure out the detailed molecular structure of an enzyme from an AIDS-like virus found in rhesus monkeys, a structure that had eluded experts for over a decade.

In January 2012, Fold it gamers would achieve the first crowdsourced redesign of a protein, an enzyme that catalyzed a reaction commonly used in synthetic chemistry to synthesize everything from drugs to pesticides. Enzymes catalyzing Diels-Alder reactions were elusive, so the achievement of Fold it gamer is important.

An early version of that enzyme was created by a group of scientists, including David Baker, a Ph.D. and protein researcher at the University of Washington and founder of the Foldit project. They designed the enzyme from scratch, but soon discovered that its potency wasn’t all they had hoped for. Fold it players redesigned the enzyme by adding 13 amino acids, more than increasing its activity 18 times. How did they pull off such an incredible feat? Thanks to Fold it‘s gameplay, players were able to investigate more radical changes in the protein than typical algorithms allow.

While Baker continued to look for actionable targets to set Fold it players, other researchers began to tap into the love some players have for games that solve complex scientific puzzles, people who would never have access to a lab under normal circumstances.