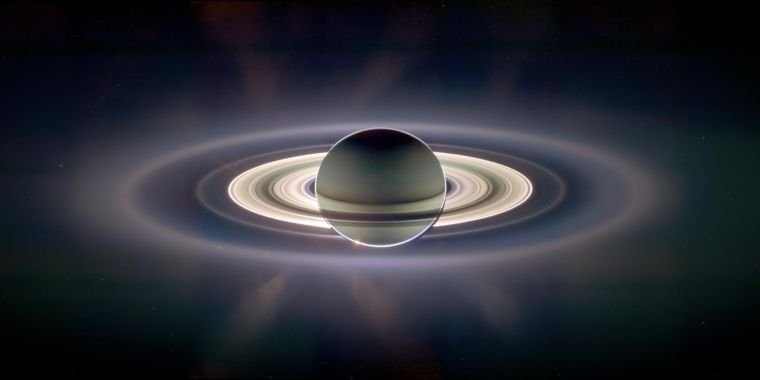 In October 1997, nearly 20 years ago, NASA launched the last of its major probes to the outer planets. A joint mission with the European Space Agency, a single rocket sent Cassini and Huygens on a meandering path through the solar system. Huygens dove into the atmosphere of the moon Titan more than a decade ago, but the Cassini orbiter has been orbiting Saturn for more than 13 years. But in less than 24 hours, its time on the ringed planet will come to an end as Cassini plunges into Saturn’s atmosphere.

This was the end NASA had always planned for its hardware. Some of Saturn’s moons are thought to be capable of harboring life. So rather than risk contaminating those moons with life from Earth, Cassini and any microbes it harbors will burn up upon entering Saturn’s atmosphere.

The decision to do so now is based on the dwindling supply of fuel to the probe’s maneuvering motors, which will prevent NASA from making further adjustments to its orbit. With the chaotic gravitational interactions of a giant planet and multiple moons, there would be no way to determine where Cassini would end up. So NASA acts while still managing the fate of the hardware.

The process began in April, with minor adjustments to Cassini’s orbit gradually bringing it closer to the planet, eventually plunging through the gap in the rings. With each successive orbit, the hardware moved closer to Saturn. The trial will conclude in the course of the evening tonight. Accounting for the more than an hour delay resulting from the time it takes for light to travel between Saturn and Earth, the last signals from Cassini will arrive early Friday morning, U.S. time. In this case, success is indicated by the probe becoming permanently silent.

NASA TV today dedicates its entire program to Cassini, but it’s hard to summarize all the discoveries that have come from a constant presence on Saturn for more than 13 years. Geysers on Enceladus, oceans on Titan, the bizarre polar hexagon of Saturn itself; these were all dramatic subjects for detailed study. But Cassini was also able to capture things like the shift of seasons, details of ring dynamics and the moons they form, and countless other details that will keep planetary scientists busy for decades. The end of the mission is a loss to an entire scientific community.

It’s also a loss for many of us humans who don’t depend on it for scientific data. The stunning photos it returned provided a steady drip of amazement that will be missed by many people.