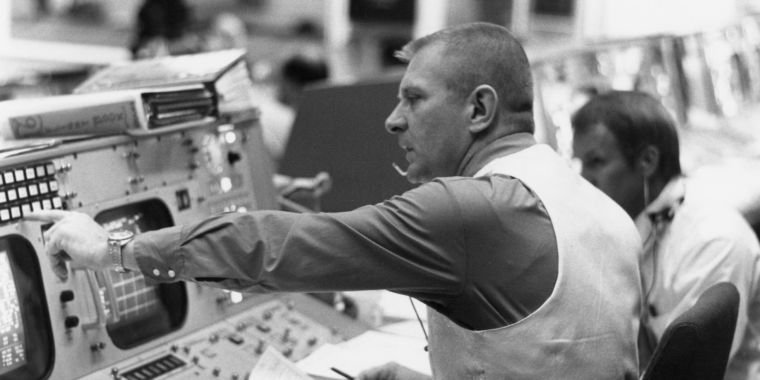 Former NASA flight director Gene Kranz is best known for his prominent role in safely returning the Apollo 13 crew to Earth – and the now famous saying “Failure is not an option.” But as NASA and the United States prepare for human missions back to deep space, Kranz warned this week that the country shouldn’t be too timid about doing so. It must embrace some risk if it wants to get back to the moon and beyond.

During a panel discussion with other Apollo flight directors in Houston, Kranz was asked how NASA accomplished so much so quickly in the 1960s and early 1970s, but hasn’t been to deep space since. In the decades following the moon landings, NASA has been said by some to have succumbed to a “mind-numbing” bureaucracy and a “paralyzing” cultural need for perfection, especially after two space shuttle mishaps. Kranz said NASA benefited from a different culture in the 1960s.

“It was an environment where we as a nation were better able to accept risk,” Kranz replied. “Space carries risks, and I think that’s the one thing about Elon Musk and all the different space entrepreneurs, they’re willing to risk their future to achieve the goal they’ve decided on. I think we as a nation we must learn that, as an important part of this, to step forward and accept risk.”

Another Apollo flight director, Milton Windler, also praised SpaceX’s performance during the discussion. “I think it’s incredible that we have a company that can fly a rocket, land it, fix it up, ship it and fly it again,” he said. “That’s pretty impressive to me personally.”

The panel discussion took place Tuesday evening at Space Center Houston to promote the documentary Mission Control, which will be released in select cinemas on Friday. Ars will have a full review of the movie later this week.