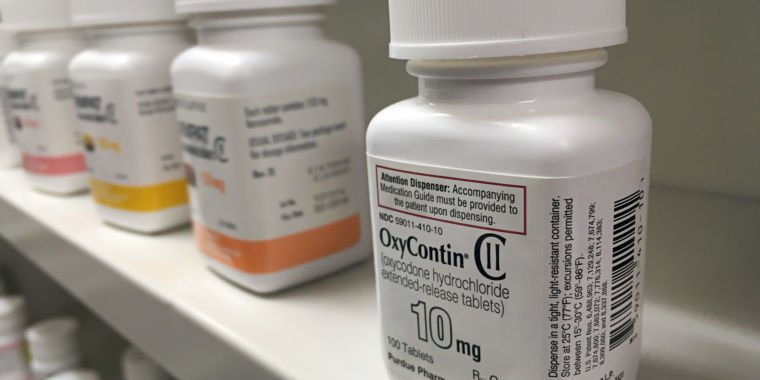 After spending millions to fight the opioid epidemic plaguing its citizens, the working-class town of Everett, Washington, is suing the maker of opioid painkiller OxyContin in federal court. The city alleges that the drugmaker, Purdue Pharma, knowingly sold to black markets out of sheer greed, causing the devastating epidemic to hit Everett and the rest of the country.

According to the lawsuit (pdf) filed in federal court in Seattle, Everett charges Purdue Pharma with “knowingly, recklessly and/or negligently supplying OxyContin to clearly suspicious physicians and pharmacies and facilitating the illegal diversion of OxyContin to the black market, including drug gangs, pill mills and other dealers for the distribution of the highly addictive pills in Everett.” Purdue’s goal, Everett claims, was to “generate huge profits” at the expense of Everett’s people.

Purdue is not new to battles. In 2007, the infamous drugmaker and three of its executives pleaded guilty in federal court, paying $634.5 million in fines for deliberately misleading regulators, doctors and patients about the addictiveness of their opioid painkiller. Around the same time, Purdue was also being sued by several states, including Washington, on similar charges. Purdue agreed to a $19.5 million multi-state settlement. And in 2015, Purdue settled a case with Kentucky, agreeing to pay $24 million.

As part of the state settlements, Purdue had to put in place monitoring programs to make sure its opioid drug didn’t end up in the wrong hands. It had to watch out for shady pharmacies, unusually large orders, or suspiciously frequent orders. But on this front, Everett argues that Purdue is once again putting profit before people.

“Our community has been significantly damaged and we need to heal,” Everett Mayor Ray Stephanson said. ABC news.

In the lawsuit, Everett lays down internal Purdue emails indicating that the drugmaker knew in 2009 that it was selling large amounts of OxyContin to an illegal drug ring in Los Angeles. Still, Everett alleges, Purdue continued to sell to the ring and failed to notify the Drug Enforcement Administration as required by law. The lawsuit also alleges that a Purdue executive called the company’s internal list of shady buyers a “gold mine.”

The lawsuit notes that one of the drug dealers involved with the LA-based drug ring moved to Everett, north of Seattle, and began dealing OxyContin there. In 2010, he was arrested, charged and found guilty of human trafficking in Everett. The ring was also shut down. Overall, the plan is believed to have put more than a million OxyContin pills on the black market and made Purdue more than $15 million.

In a statement, Purdue disputed Everett’s claims, saying it notified the DEA and acted responsibly. “We look forward to presenting the facts in court,” the company said. Purdue also said its opioids now account for less than two percent of US opioid prescriptions.

In 2008, Everett experienced a spike in overdose deaths from OxyContin and other opioids, ABC notes. The city experienced another spike in heroin deaths in 2010, which is stronger and cheaper. Between 2011 and 2013, nearly one in five heroin-related deaths in Washington state occurred around Everett, a trend the city says was driven by Purdue.