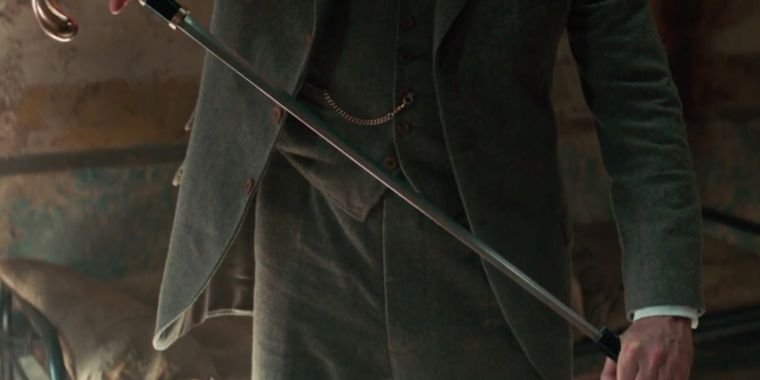 Lawrence of Arabia establishes an independent intelligence agency to take down Grigori Rasputin and Mata Hari, among others, in the first trailer of The King’s Man† Even though it’s director Matthew Vaughan’s prequel to his hit Kingsman franchise, the trailer conspicuously lacks the dark humor that made its predecessors so widely appealing. But there are enough hyper-styled action sequences to assure us that this will be a Kingsman movie stylistically.

(Spoilers for the first two Kingsman movies below.)

The Kingsman franchise is based on the Marvel comic series The Secret Service by Mark Millar and Dave Gibbons, which spawned two highly successful action/comedy spy movies. In the first film, Eggsy (Taron Egerton), the young son of a deceased Kingsman agent, is recruited to follow in his father’s footsteps by Harry Hart (Colin Firth), aka Galahad. (All Kingsman agents take on the nicknames of the Knights of the Round Table.)

The agency is looking for a new Lancelot, and Eggsy narrowly loses the job to Roxy (Sophie Cookson). But he gets another chance when a second agent gets lost on the job, and he joins Roxy and Merlin (Mark Strong) to foil a nefarious plot by tech entrepreneur Richmond Valentine (Samuel L. Jackson).

Kingsman: The Secret Service grossed over $400 million worldwide when it debuted in 2014, earning praise for its deft comedic accents and hyper-stylized action sequences, though some found the cartoonish violence and occasional approachable sexual humor off-putting. (For example, there’s a massacre in a church, and lots of heads exploding in the climactic finale.) Eggsy was back and on top form for Kingsman: The Golden Circle (2017), this time teaming up with the agency’s American counterpart, Statesman, to topple a drug cartel.

The prequel explores the origins of the first-ever independent intelligence agency. According to the official synopsis, “As a collection of history’s worst tyrants and criminal masterminds come together to plot a war to wipe out millions, one man must race against time to stop them.” Among those tyrants is Grigori Rasputin (played by Rhys Ifans). Historically, Rasputin was a mystic who gained considerable influence at the court of Tsar Nicholas II, only to be assassinated in 1916 by a conspiratorial group of nobles. According to legend, it took several attempts to finally kill him. I suspect that the “ineradicable” mythos must be excellent fodder for his fictional portrayal in The King’s Man†

This first trailer opens on a desolate battlefield during World War I, when a young soldier comes into view with a fallen comrade on his back. That young soldier is Conrad (Harris Dickinson), who is recruited by famed archaeologist and British officer TE Lawrence (Ralph Fiennes) to join a young spy agency. (In its pre-Schindler days Fiennes played Lawrence in A Dangerous Man: Lawrence After Arabiawhich came out 27 years ago.)

“Throughout time, our people have robbed, lied and murdered, until one day we found nobles,” Fiennes says in the somber voiceover, presumably speaking to Conrad. “That nobility never came from chivalry. It came from being tough. And ruthless. Real power is not found when you run to war. Real power lies in understanding who you are really fighting and how they can be defeated. know you want to fight. But there are other ways to do your duty.”

The star cast includes Charles Dance (aka Tywin Lannister from Game of Thrones) as Field Marshal Haig, Stanley Tucci, Matthew Goode, Djimon Hounsou and Alison Steadman. Courtesan/spy Mata Hari (Gemma Arterton) also makes an appearance. The final shot shows Lawrence and Conrad standing outside the tailor’s shop that will become the agency’s headquarters. We might get a taste of the third installment in the Kingsman main series in a post-credit sequence once the movie comes out; the two films are reportedly shot back to back.