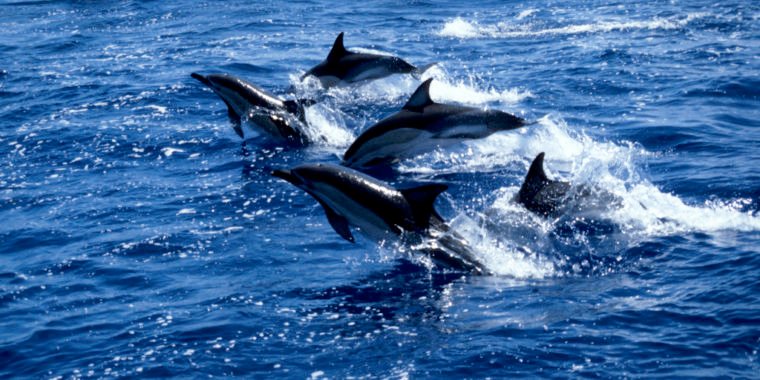 Why are people so smart? We must have evolved in an environment where more intelligent individuals would likely survive. But this only raises new questions: What factors in the environment might have created an evolutionary pressure on intelligence? And how did other species that faced similar pressures eventually evolve?

A prominent hypothesis about our brains is that the human lineage became highly social, requiring a range of advanced cognitive skills to manage the relationships intertwined with survival. There is evidence that social behavior is associated with larger brains across the primate family, and the same correlation has been found in birds.

There is now evidence that the brains of whales and dolphins show the same relationship. The finding provides new support for the “social brain hypothesis,” and it’s an exciting discovery. But not all researchers agree on how to interpret this evidence.

Neuroscientist Kieran Fox and his colleagues sifted through hundreds of scientific papers on cetaceans, the group that also includes whales and dolphins. They collected information about the brain size of 46 different species from this group. And because bigger bodies mean bigger brains without anything else going on, they also included information about body size so they could take that into account in their analyses.

The team then collected information about the social behavior of those species. That included average social group size, ranging from species that tend to be solitary to those that live in giant “mega-pods.” But it also took into account the incredible array of complex social behaviors that whales and dolphins are known for: pack hunting, play, social learning and complex calls.

They found that, as with primates and birds, cetaceans with more complex social and cultural behaviors had larger brains. “The apparent co-evolution of brains, social structure and behavioral richness of marine mammals provides a unique and striking parallel to the cerebrum and hypersociality of humans and other primates,” the authors write.

“It’s an interesting study consistent with the idea that social behavior and brain size are related,” said Robert Barton, who studies brain evolution. “But much more needs to be done on various factors that may play a role.”

Until recently, Barton says, he was one of the proponents of the social brain hypothesis. “I’ve become less of an advocate in recent years,” he said. Part of his reason for this was the finding that the relationship between brain and sociality in primates didn’t look as clear in larger samples with more controls.

Different researchers have different opinions on how to interpret all these correlations. Fox’s co-author, Susanne Shultz, points to the fact that larger brains require more calories. She argues that social pressure was the driving force behind the evolution of larger brains, but getting enough calories was a barrier to overcome along the way, forcing species to adjust their eating habits accordingly. The cetacean data suggests that social behavior is the best explanation for their large brains, she and her coauthors argue.

Barton is more inclined to think that social behavior is just one of many factors leading to bigger brains. “I’d be surprised if sociality had nothing to do with brain evolution,” he says. “But we just don’t know the direction of causality.”

It could also be the other way around, he says: increased intelligence may have led to cooperative behavior, which in turn proved useful for survival. Alternatively, “it could be other things that together determine brain size and group size.” And, Barton adds, brain size isn’t as easy as it sounds. Different parts of the brain grow at different rates, so two big-brained species may have very different things under the surface.

But the ongoing debate is about the interpretation of the finding, rather than the finding itself. The new evidence “supports the idea that the richness of a species’ social world is predicted by their brain size,” writes researcher Susanne Shultz — a claim Barton agrees with. “The fact that we found it in an independent group so different from primates makes it all the more important,” she writes.