Kaléo reveals the price of its Epipen alternative: $4,500 | Techilink 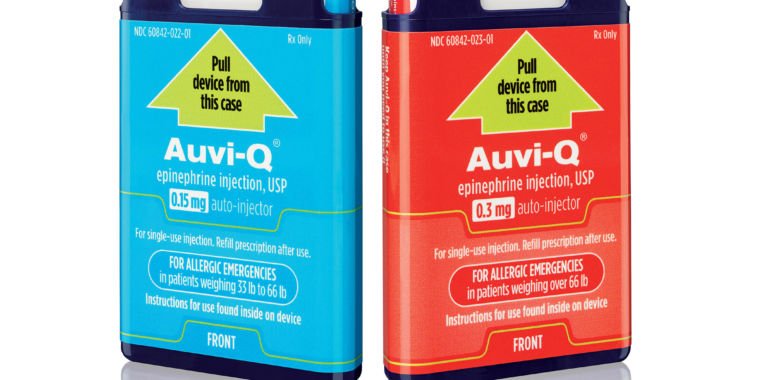 As public outcry over the skyrocketing price of Mylan’s Epipens reached fever pitch last fall, Ars noted that there was an upcoming competitor: Kaléo’s Auvi-Q. But we were pretty sure at the time that Kaléo wouldn’t offer an affordable alternative to an epinephrine autoinjector, as the company also has a well-documented history of inflating the price of life-saving drugs. Nevertheless, Auvi-Q’s price may still send some jaws to the floor.

In an announcement on Thursday, the company revealed that Auvi-Q will have a list price of $4,500 for a two-pack and will be available February 14 to anyone who wants to buy one.

Auvi-Qs were first introduced in 2013, but were pulled from the market after dosing issues. The devices are slim and rectangular, fit easily in your pocket and offer a voice prompt system to guide you through a life-saving epinephrine injection. At the time of their initial release, Auvi-Qs were listed for around $200 for a two-pack. By early 2015, when they were withdrawn, that price had risen to $500, broadly in line with Mylan’s pricing.

The company also makes a device for injecting a cheap, older drug called naloxone that reverses fatal opioid overdoses. As the country suffered an epidemic of opioid abuse and overdoses over the past two years, Kaléo raised the price of his device, called Evzio, from $575 to $3,750.

For Auvi-Q, the company assures that most patients will not pay the $4,500 out of pocket. Either the device is covered by their insurance or the company provides it for free to those who do not have any insurance and have a household income of less than $100,000.

Last week, CVS and Impax Laboratories announced they would offer an Epipen alternative, a generic version of Adrenaclick, for $109.99.