Justice League review: who will avenge these failing heroes? |Techilink 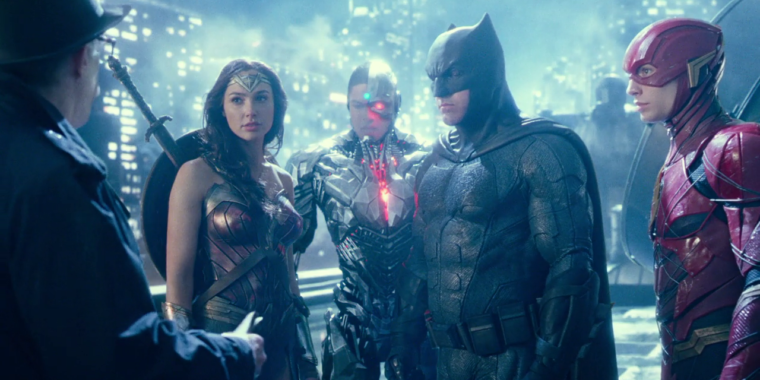 This week’s feature length Justice League film benefits as much as it suffers from a “can’t get any worse” reputation. Between Zack Snyder’s diminishing returns as a filmmaker, an overcrowded cast of new-to-film DC characters, and the incredibly stinky shadow of Batman V Superman, you’d be foolish to go to the latest (and probably last) Snyder DC movie with high hopes. Even if it is sufficient, that may seem monumental.

With that in mind, Justice League lands almost exactly where I predicted: as a mostly acceptable, sometimes fun, often heavy, rarely logical attempt to unify the DC Comics movie universe. It does not matter Wonder Woman as the best DC Comics movie in recent memory. It’s definitely not avengersand, god, it’s not even Avengers: Age of Ultron. But it also won’t live in shame as one of DC’s midnight movie laughs next. It’s just acceptably substandard.

Two out of three origins are not bad

If you desperately want your pro-DC bias recognized, Justice League kicks at a few things. The film has to juggle as many as three origin stories of the film universe, and it surprisingly succeeds in two of them.

The Flash, played by Ezra Miller, shines by stealing most of the film’s best scenes, even if it borrows generously from Tom Holland’s quirky, boyish portrayal of Spider-man. Miller is at his best as an archetypal superhero addressing Flash’s weaknesses and shortcomings. It turns out that this brilliant master of space and time is horrified by all sorts of things. Battles, Heights, Bugs: His Kryptonite List Reads Like a Seinfeld episode.

Fortunately, the film’s script helps him along by focusing on his restraint and fear as a terribly young world savior. He also knows the value of a grin, a gasp and a wide-eyed surprise in selling the strange happenings around him, and his comedic talent is valuable in scenes where his face is given a ton of slow-motion time to take in. sell a joke. DC struck gold with this man, and if anything else, Justice League makes me very excited about the potential of a good Flash movie.

Ray Fisher as Cyborg isn’t as fun to watch, but he’s arguably more impressive in his portrayal, if only because the script doesn’t do him any favors. This version of Cyborg is generally as brooding and mysterious as they come, and the way the film reveals his rise to superhero status, via failed experiments by his scientist father, is a bit hammy. Still, he makes an impression. During standard dialogue scenes, Fisher is careful not to exaggerate his teenage melodrama and confusion about his body being overtaken by an alien energy. But during the film’s most intense battles, he stands out as a happy-to-be-here butt-kicker, which is even apparent through his cybernetic, ever-changing suit.

On the other hand… sorry, Aquaman fans. What a wet blanket.

90s Sketch Comedy Show The state had a famous piece about the Justice League that ended with DC’s best superheroes laughing at what a loser Aquaman is. Initial, Justice League capitalizes on this laugh by having Ben Affleck’s Batman make some awkward “talking to fish” jokes. Sadly, Jason Momoa’s Aquaman never really rises above the “man who can talk to fish” status. His visible superpowers in the film include jumping high, throwing a pike and stopping a giant water wave. That is it. He looks silly in every fight scene and feels shortchanged as a defender of the varied, strange powers of the other heroes. As the movie tries to frame Aquaman as a rock-hard badass — a muscular, tattooed, gruff drunk made entirely of whiskey and sarcasm — he only gets one legitimately interesting moment: an unusual confession that comes courtesy of Wonder Woman’s Lasso of Truth. .

Even worse, Aquaman stars in by far the film’s worst action scene: a battle against the film’s nemesis, Steppenwolf, who is completely submerged in water. You can use the expression “moving through water” in your everyday life as an insult or comment about something that is slow, unmanageable and annoying. Justice League takes that to a whole new level by staging a slow, plodding fistfight within realistically slow water physics.

That’s the only “realistic” part of that fight, by the way, if Justice League suffers from a surprising number of horrible CGI action scenes. All too often, the film’s actors are clearly replaced by CGI people flying, zipping and stomping everywhere, while action scene elements like explosions, fire and water look like they’ve been handed over to a second-rate CGI company to meet a deadline. to get. We still get some compellingly framed fights. When the Justice League first comes together to take on Steppenwolf, their combined powers flash through a crumbling sewer supply in a steady, tense series of varied attacks (although I must say that Aquaman is mostly absent here). And the film’s primary superhero-fighting clash does a lot to pay off its superpowers (except for the boring ol’ Aquaman).

In some ways, Ben Affleck redeems himself as a dark, burdened Batman, if only through sheer power of acting. His character development doesn’t go an inch beyond “gosh, I really regret that Superman was killed”, and that means his warmest and most human moments (which he gets more of than in BvS, at least) come as reactions to other characters, not through search or his own character development. If the movie had trimmed a bit of fat—particularly the awkward and super slow mourning scenes with Amy Adams as Lois Lane—Affleck might have been given the space to flesh out his enhanced take on the Dark Knight. Likewise, Gal Gadot really doesn’t do anything in this latest Wonder Woman appearance, except kick in crazy fights (which she’s great at) and watch her feet when reminded of a lost love (which she’s not very good at).

Snyder had to stop production due to tragic circumstances, and I feel bad about pointing out certain issues in the film as a comparison, buuuut… in some parts of the film you can clearly see that step-in director Joss Whedon are not – crappy touch. Conversations between Affleck and Gadot towards the end of the film are among the most touching for either character since the actors started at DC, and they, like some good dialogue scenes, have all the hallmarks of a Whedon production, in terms of camera angle, distance and conversation rhythm. Conversely, the film’s frenzy all over the map smells like Snyder’s tacky filmmaking approach. At one point, Batman wastes his time stopping a single culprit on a rooftop; during the next we walk in on Wonder Woman saving the day from no-rhyme-or-reason, “damn modern world” terrorists in central London. (There’s also a disturbing moment when a man kills nearly an entire line of innocent people with a machine gun, which already feels tacky even without its similarities to the all-too-common news headlines.)

The movie’s leaps and bounds in logic are pretty wild too, with Steppenwolf gaining a world-destroying edge over our heroes due to some stunningly stupid decisions. The worst is when the heroes possess a super-powered cube, which Steppenwolf needs to carry out his darkest plans. And, wouldn’t you know, the Justice League leaves that cube alone for about 12 minutes to have a violence-filled brawl. When it’s over, oops – the cube is gone!

Who are you going to call?

Towards the end of the film, the whole premise changes. For most of the runtime, we watch a mighty, unstoppable villain who can’t even be defeated by the world’s five strongest heroes. Does the team win by overcoming its personal trials and tribulations? Do they unlock the greatest power of all and overcome in a mysterious or interesting way?

No. The Justice League instead finds the cheapest solution humanly possible, and if you know anything about DC Comics, you can guess how it ends. That’s the exclamation point on a movie that repeatedly fails to understand why the myriad egos of Avengers movies worked: because they carved out the right amount of time, space, and dialogue for us to not only care about the main characters, but see their vastly different personalities collide and contrast in exciting ways. Justice League has good actors, good one-liners and good moments, but it feels hollow in the end – like a Cadbury Creme Egg with nothing in the middle.

I left the theater hoping that the Flash and Cyborg could stretch their backstory wings in their own respective movies, and I left feeling like the Justice League production crew really screwed up on a few things. (For starters: Aquaman instead of the Green Lantern? Seriously?) Most of all, I forgot the expectations I had aroused in the theater. Even in a vacuum, this movie just isn’t very good, and anyone hoping for DC redemption, or a continued decent movie series after that Wonder Womandeserves so much better.

You know, like Thor: Ragnarokwhich is still in cinemas and is much, much better in every way imaginable.