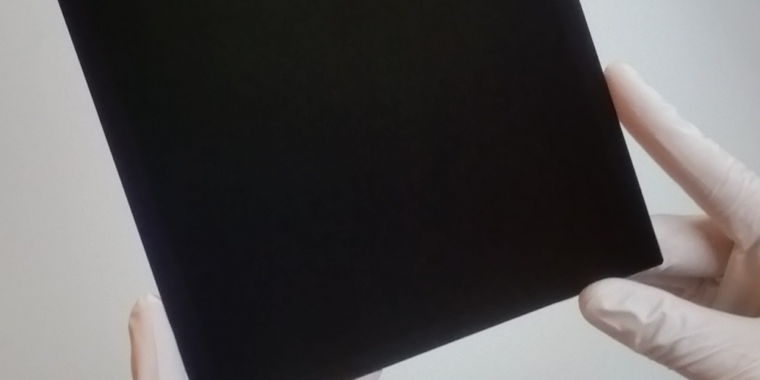 Solar panels are now cheaper than ever, but installation costs for homeowners can still add up. More efficient solar panels can pay for the cost of their installation more quickly, so making panels that better convert sunlight into electricity is a major focus of solar energy research and development.

The silicon-based cells that make up a solar panel have a theoretical efficiency limit of 29 percent, but so far that number has proven elusive. Practical efficiency rates in the low 20 percent range are considered very good for commercial solar panels. But researchers at the Japanese chemical manufacturer Kaneka Corporation have built a solar cell with a photoconversion rate of 26.3 percent, breaking the previous record of 25.6 percent. While it’s only a 2.7 percent increase in efficiency, improvements in commercially viable solar cell technology are increasingly difficult to achieve.

Not only that, but the researchers noted in their paper that after they submitted their paper to Nature Energy, they were able to further optimize their solar cell to achieve an efficiency of 26.6 percent. That result has been recognized by the National Renewable Energy Lab (NREL).

In the Nature Energy paper, the researchers described building a 180.4 cm2 cell using high performance thin-film heterojunction (HJ) – that is, layering silicon within the cell to minimize band gaps where electron states cannot exist. Controlling heterojunctions is a well-known technique among solar cell builders—Panasonic uses it and will likely integrate it into cells built for Tesla at the Solar City plant in Buffalo, and Kaneka has its own patented heterojunction techniques.

For this record-breaking solar cell, the Kaneka researchers also placed low-resistance electrodes at the back of the cell, maximizing the number of photons that accumulated into the cell from the front. And, as is common with many solar cells, they coated the front of the cell with a layer of amorphous silicon and an anti-reflection coating to protect the cell’s components and collect photons more efficiently.

After describing the solar cell’s architecture, Kaneka researchers analyzed the energy losses that kept the cell from reaching that 29 percent efficiency ideal, which could help future solar cell builders optimize their cells to get closer to the limit. Kaneka researchers estimated that the overall efficiency was reduced by 0.5 percent due to resistance loss, 1 percent due to optical loss (the way the cell receives light), and 1.2 percent due to extrinsic recombination loss – where a free electron recombines with a positively charged hole instead of continuing for current collection.

The paper noted that this solar cell is made using “industrially applicable” processes, such as plasma-enhanced chemical vapor deposition (PECVD), which deposits thin films from a gas state onto a solid wafer. While the solar cell may be vaporware in the sense that chemical vapor helps create them, the industry-friendly process reduces the chances of the highly efficient architecture ending up as something we would colloquially call vaporware. (Thanks folks, I’ll be here all night.)

That said, the authors note that “further work is needed before the individual cells can be assembled into a commercially available solar array.” But further work seems likely. Kaneka’s research was funded by Japan’s New Energy and Industrial Technology Development Organization, NEDO for short, and according to IEEE spectrumwill continue to work with NEDO to reduce the levelized cost of solar cells to $0.06 per kilowatt-hour by 2030.