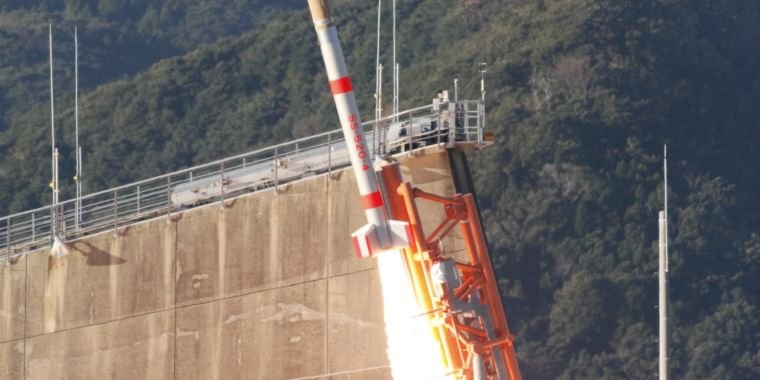 This weekend, Japan attempted to launch a 3kg cube sat into orbit aboard its multi-stage SS-520 rocket. If successful, the SS-520 would have become the smallest rocket ever to deliver a payload into orbit. Unfortunately, the missile did not make it.

The sounding rocket launched Sunday morning from the Uchinoura Space Center on Kyushu, the country’s southernmost main island, according to the Japanese Exploration Agency, or JAXA. Although the first stage fired normally, a pre-planned check between the separation of the first stage and the second firing failed to yield consistent telemetry data. This prevented the firing of the second stage and the rocket fell into the Pacific Ocean, southeast of the spaceport.

The launch was part of JAXA’s program to develop lower-cost small rockets. With avionics and other electronics coming from home electronics and smartphones, the agency wanted to boost the commercial development of small satellite boosters in Japan. The SS-520 missile cost less than $5 million to build and prepare for launch.

The Japanese program mimics the efforts of a number of US and international companies, such as Vector Space Systems, to develop small satellite launchers. None of these companies have succeeded so far, but a wave of experimental launches is likely this year and into 2018 as demand for small satellites weighing 100kg or less is expected to continue to grow.