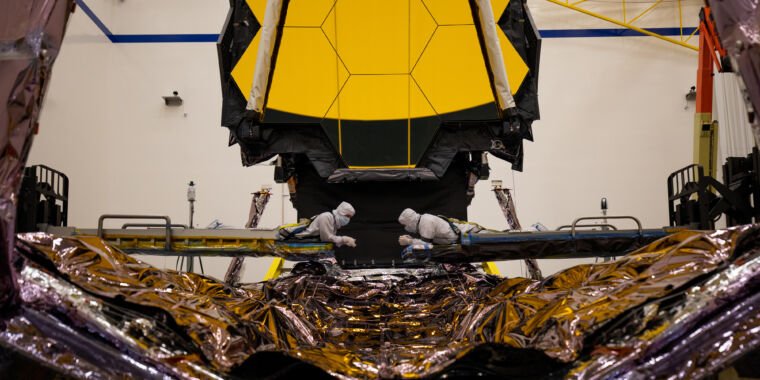 On Wednesday, NASA’s chief of science programs said the James Webb Space Telescope will not meet its current schedule for a March 2021 launch.

“We won’t launch in March,” said Thomas Zurbuchen, associate administrator for the space agency for science. “Absolutely, we’re not going to launch in March. That’s not in it now. It’s not because they did anything wrong. It’s nobody’s fault or mismanagement.”

Zurbuchen made these comments during a virtual meeting of the National Academies’ Space Studies Board. He said the telescope had him nearly on schedule before the COVID-19 pandemic hit the agency and that the virus had resulted in additional lost work time.

“This team has stayed sharp and pushed this telescope forward at the fastest possible speed,” he said. “But we lost time. Instead of two fully occupied teams, we couldn’t do that for all the reasons we discuss. Not everyone was available. There were positive cases here and there (in the area, not on site). And so maybe we only had one team.”

NASA and the telescope’s prime contractor, Northrop Grumman, are evaluating the schedule going forward. This includes an estimate of when operations can fully return to normal — Zurbuchen said the telescope’s preparation and testing activities are nearly full again — and setting a new date for a launch. This review of the schedule should be completed by July.

“I’m very optimistic that this thing will come off the launch pad in 2021,” Zurbuchen said. “Of course there is still a lot of mountain to climb.”

Yet another launch delay has long been suspected, but this is the first time a senior NASA official has confirmed it. A government report published in January found that there was only a 12 percent chance that the large space telescope will launch in March 2021. It will take off aboard an Ariane 5 rocket from the European Space Agency’s spaceport in Kourou, French Guiana.

The Webb Telescope, NASA’s follow-up instrument to the wildly successful Hubble Space Telescope, was originally set to launch about a decade ago, with a $1 billion development cost. Since then, technical problems and delays have plagued the complex telescope. The January report also said the current estimate for Webb’s development costs, $9.7 billion, may be too low.

Building Webb was difficult because his 6.5-meter mirror has to unfold once it reaches Earth orbit, about 1.5 million kilometers from Earth. This is an extraordinarily complex process, and there are over 300 single points of failure on board the observatory. NASA has had a hard time testing them all on Earth in conditions that mimic the temperatures, pressures and microgravity of deep space.