It’s the network, stupid: Study offers new insight into why we are so divided |Techilink 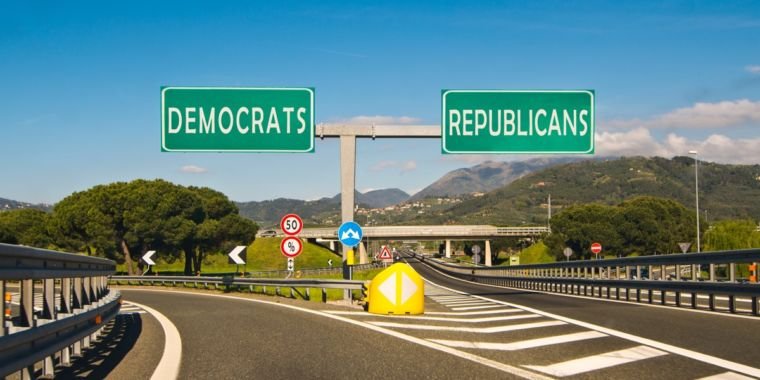 Social perception bias is best defined as the all-too-human tendency to assume that everyone else has the same opinions and values ​​as we do. For example, that bias can lead us to over- or underestimate the size and influence of an opposing group. It is especially outspoken when it comes to controversial polarizing issues such as race, gun control, abortion or national elections.

Researchers have long attributed these and other well-known cognitive biases to inborn defects in individual human thought processes. But according to an article published last year in Nature Human Behavior, social perception bias is best seen as an emerging feature of our social networks. This research, in turn, could lead to effective strategies to counteract that bias by diversifying social networks.

“There is a fundamental question about how people perceive their environment in an unequal society,” said study co-author Eun Lee, a network scientist at the University of North Carolina. Her interest in the subject was sparked in the wake of the 2016 US election and the massive protests and subsequent impeachment of the president in her native South Korea that same year. “Both sides were separated into two groups by each song,” Lee wrote in an accompanying Nature essay. “At the time, I was studying topics related to opinion dynamics models and wondering what fueled this collective segregational behavior. It seemed that the tendency to hear from like-minded people kept them trapped in their own opinions.”

“There is a fundamental question about how people perceive their environment in an unequal society.”

Earlier that year, Lee had met co-author Fariba Karimi of GESIS, in Germany, at the Santa Fe Institute in New Mexico. The two decided to collaborate on a study of the effect of ‘homosexuality’ – people’s tendency to associate with people who resemble them (think ‘birds of a feather get together’) – on the perception of people with using network models. They came up with a generic binary model that divides individual nodes into two groups: Democrat or Republican, smoking or non-smoking, male or female, immigrant or non-immigrant, for example.

The model treated people as individual nodes in a network, without taking human cognitive processes into account. The emergence of perception bias was solely dependent on the relative size of the majority and minority groups, and the degree to which similar nodes were connected to other similar nodes. To test their model’s predictions, they teamed up with co-author Mirta Galesic, who leads the research group on human social dynamics at SFI. The team conducted a survey of 300 participants in Germany, the US and South Korea, asking about the perception of specific characteristics associated with minorities.

The team was surprised to find that the study results closely matched the model’s predictions. Specifically, “People who were surrounded by people who look like them think their group is bigger than it actually is, and people of more diverse social circles think their group is smaller than it actually is,” Galesic told Ars. . “These biases are exaggerated with the relative size of the majority and minority groups.”

Thus, social perception bias appears to be a basic feature of social networks (and large-scale networks in general), similar to the famous ‘six degrees of separation’ phenomenon, or small world network structure, where everyone is separated from each other by six or fewer. social connections.

A future research angle could be to merge the current work with another model the group has devised for how people recall information from memory. “We are immersed every day in experiences with different people and this leaves traces in our memory,” explains Galesic. “When We’re Asked to Make a Judgment” [like those in the study]in fact, we try to remember what we experienced and make a more or less accurate judgment.”

There are so many different types of cognitive bias, each with its own unique working hypothesis about why such bias thrives and how best to combat it. But the implications of the SFI investigation are that the explanation may be much simpler. “It’s really just what our social network serves us as information, which is then reflected in our memory and used to make social judgments,” Galesic said. “Then the solution is to let people meet as many different people as possible, to broaden their social horizons.”

The sticking point: People often vigorously resist such diversification efforts, in part because the associated cognitive dissonance can be so extreme and uncomfortable. “My personal view is that this is not individual property,” Galesic said. “Most of us just try to fit in with the people we have to work with, who are around us in a certain environment. I don’t think people are narrow-minded by nature. So a lot of that can be changed by changing the social environment.”

This is easier said than done. But adjustments to urban design and media ecosystems to make them less sharply separated could be a good start. For example, Galesic acknowledges that although she lives in the fairly liberal city of Santa Fe, her social circle is almost entirely made up of white intellectuals, although the city is also home to a large population of Hispanic people and Native Americans. She only has contact with those groups once a year at the annual city festival.

The same could be true for scientific collaborations made up entirely of women (who remain a minority group in many natural sciences). It’s a disturbing paradox, as the same support structure that helps women cope with isolation can in turn exacerbate it. “If we have a minority group, and this minority is so cohesive that they only interact with each other, they lose their overall visibility to the majority,” Karimi told Ars. “This is detrimental, but on the other hand, people need group support to thrive in academic workplaces.” The trick is to find a balance between the two extremes.

There is no easy answer when it comes to implementing structural changes that foster diversity, but the current extreme polarization need not become a permanent feature of our cultural landscape. “I think we need to learn new skills as we move into a more complex, more globalized and more interconnected world, where each of us can influence distant parts of the world with our actions,” Galesic said. “We must learn not to close ourselves off with the same circle of friends, but to communicate consciously and talk to other people.”

And if you can’t change the system, try changing your personal social network to counteract your own social perception bias. “For a society, systematic social changes, including increasing the number of minorities and having more opportunities to get to know minorities, can help us live with a more accurate picture,” Lee wrote. “I think it could be a ray of hope in this period of conflict between minorities and majorities.”