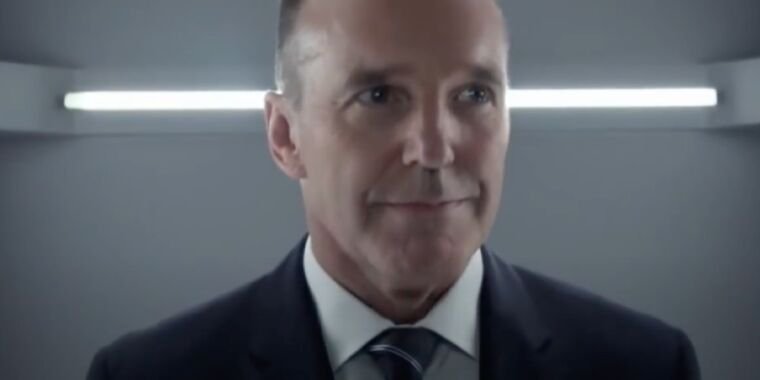 Another Marvel era ends when Agents of SHIELD gears up for the seventh and final 13-episode season on ABC. The spin-off series created by The Avengers writer and director Joss Whedon brought Agent Phil Coulson (Clark Gregg) back from the dead to lead an elite unit of agents to take on the terrorist group Hydra, and eventually a superhuman race called Inhumans in the storyline on to take. The official trailer has now been released, giving us a better idea of ​​what awaits Coulson and his team on their latest mission.

(Warning: Some major spoilers for S5 and S6 below.)

Many cast and crew members expected Agents of SHIELD to end after S5, especially since Gregg’s beloved Coulson character died (again) in the finale, spending his last days alone on a romantic tropical beach in Tahiti with May (Ming-Na Wen). Instead, ABC renewed it for a shortened sixth season of 13 episodes, adding a surprise extension for a seventh and final season before S6 was released.

S6 discovered that our heroes fought against the “Shrike”, planet-invading parasites that invade human hosts and cause them to explode into crystalline structures. Gregg returned as “Sarge”, a hardened bounty hunter version of Coulson who had been created in the past on another planet when the three Monoliths (representing space, time and creation) exploded. He was actually a non-corporeal being who confused his own memories with Coulson’s when he took his form.

Matters were further complicated by another incorporeal being, Izel (Karolina Wydra), who wanted to possess the energy of the Monoliths for himself. There were also some aliens, called Chronicoms, who sought Fitz and Simmons’ help in solving the time travel problem so they could save their home planet Chronyca-2 – until an internal coup d’etat took place and their focus shifted to taking over. the earth as their Chronyca- 3.

The SHIELD team eventually defeated the Shrike, Izel, and Sergeant’s invasion, but at great cost: May was mortally wounded. In desperation, our heroes placed May in a stasis pod and an upgraded, time-traveling version of their ship, the Zephyr One, they zapped decades into the past, where they are stuck in S7. Meanwhile, Simmons built a Coulson Life Model Decoy, packed with knowledge about SHIELD’s entire history, to help them navigate through history and hopefully save the future once and for all.

According to S7’s official premise, “Coulson and the Agents of SHIELD are pushed back in time and stranded in 1931 New York City. With the all-new Zephyr At any moment it can jump in time, the team must rush to find out exactly what happened. If they fail, it would spell disaster for the world’s past, present and future.” Unlike S6, which all MCU references to Avengers: Infinity War or Endgame in favor of telling a story of its own, showrunners Jed Whedon and Maurissa Tancharoen have said that S7 shall include a link to the MCU. It’s a mystery what that could be.

The trailer opens in 1930s New York, with local police officers waiting in a discreet location for what appears to be a payout. “When he gets here, just count the dough, let me do the talking,” their leader says. Instead, three Chronicoms arrive. The officer tells them to beat it or else they will regret ever being born. “Chronicoms are not born,” replies the lead Chronicom. The supporting police officers are killed instantly and their leader’s face is wiped – basically stolen through the very painful application of a piece of advanced Chronicom technology.

The Chronicoms appear to have followed our SHIELD team into the past in hopes of preventing them from foiling the planned Chronicom invasion of Earth. We get a quick sequence of images of what this latest mission entails, with LMD Coulson on hand to guide our heroes through the secret agency’s long secret history – and occasionally channeling his inner 1930s mobster to make it happen. team against Chronicom attacks. Daisy gets some good tremors and a revived May gets kicked in the butt by a villain. But in a truly ironic twist, the team may need to rescue Hydra to save SHIELD and preserve the future.

We probably won’t be limited to 1931 (before SHIELD’s inception) for the entire season, as the arc is expected to explore the entire history of the agency. Poster art released last week showed cast members in various retro fashion styles typically associated with the World War II, 1950s, and 1970s era.