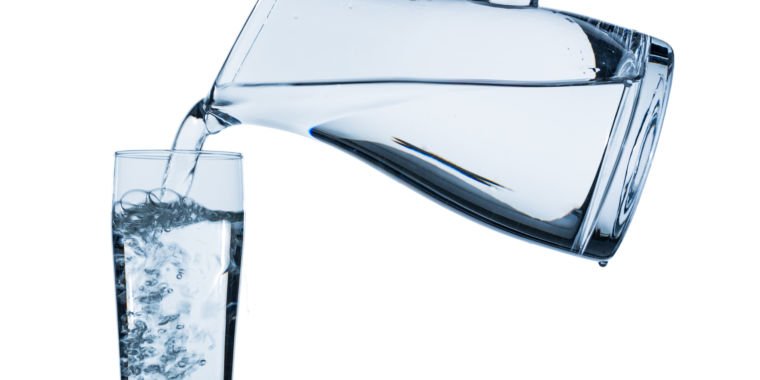 Detecting pathogens is often very difficult. Imagine living in a village in a developing country. Perhaps you have no electricity and your water comes from a source of unknown quality. Is the liner in that well sufficient to prevent shallow, contaminated groundwater from seeping in?

No matter how good you are at building wells, you still need to regularly test drinking water to make sure it’s safe. Scientists say there’s a new development in detecting bacterial woes, a solution that looks like high-tech litmus paper. But I’m not so sure that’s all it’s cracked up to be.

I have a brother who runs a non-governmental organization dedicated to water safety and sanitation. On his last visit he entertained my children by testing the water from the local canal. Essentially you put a sample of water in a test tube and put another on a plate with some bacteria food. The plate and the test tube are kept in a nice warm place for 24 hours. In the absence of electricity, this means sticking the samples in your armpit.

After cuddling your test tube and sleeping through the night, visually examine the plate for bacterial colonies and shine a UV light on the test tube. E coli glow when illuminated by UV light. A glowing test tube is the harbinger of very serious diarrhea with an added dice roll on more serious health problems. E coli is usually harmless, but it gives an indication that sewage has entered your drinking water.

The advantage of this test kit is that it is very low tech and relatively cheap. The UN hands out these things with a combination flashlight/UV lamp. And that low-tech, low-cost combination is actually the key to success: With a little training, anyone can use it just about anywhere.

The only real downside is that you have to wait 24 hours to know if the water is safe. (Well, and you have to walk around with a test tube in your armpit.)

To eliminate the 24-hour incubation period, researchers have developed a test based on a molecular recognition scheme. A piece of paper is printed with an ink containing DNA. The DNA consists of one short strand that is interrupted by a molecule that can emit light when excited. In this state, it does not emit light because the DNA attached to it suppresses its inner glow. The second strand is much longer, with a sequence matching only the short strand at the ends. When mixed, the two strands pair, leaving a large portion in the middle of the long strand unpaired. This tangles with itself and the molecule is nicely stable in its tangled state. This is important, because it means that the paper with the DNA is still usable even after months in the back of the cupboard.

The fun happens when you kill a few E coli by splitting them open. The contents of the cell end up in the mixture. The order of the unpaired strand coincidentally corresponds to a part of E colithe DNA. The E coli sequence pairs with the unpaired part of the DNA, which greatly stretches the DNA molecule and breaks it off from the molecule that glows.

If you then shine a UV light on the paper, the now-liberated molecule will glow, indicating the presence of deadly E coli.

The problem is that life E coli– the kind you find in water samples – tend to hold DNA in their cells, where it will never react with the paper. So the researchers added an ingredient to their ink: lysozyme, an enzyme that specializes in opening up bacteria.

With everything in place, the test goes like this: a water sample is dropped onto the paper. The lysozyme kills the E coli. The contents of the E coli cut the DNA and release the glowing molecule. After a few minutes, the paper glows in the presence of UV, warning you not to drink the water.

To glow or not to glow?

The researchers tested their kit on water, but also on milk and some fruit juices. It works in all cases, although the juices and milk had to be diluted. But honestly, even for water (where it performed best) the test isn’t good enough. It is sensitive to 10,000 E coli per ml – recreational swimming water should have less than four E coli per ml, and drinking water needs a level below the detection limit. So even with this fancy detection technique, you would have to incubate bacteria to grow their population before you can achieve the desired level of sensitivity.

You may be wondering why I am telling you about an underperforming paper protector. It’s because I see potential. Maybe not in the way the researchers intended, but I can see it. First, the detection technique can also, at least to some extent,each bacteria that emerge. E coli is usually used as a proxy for waste water in the water. But if we can directly detect specific harmful bacteria in the water, then maybe we can use that to quickly identify sources of pollution, making it easier to keep water clean.

But for that to work, the sensitivity must increase to the point where incubation is not necessary.

Only the wealthy need to apply

However, I predict that this paper exam will not appear in developing countries for a long time. The paper and printing process are all quite cheap and can be made even cheaper by moving to large-scale production. However, the molecule is not. You pay for (or prepare) this stuff by the microliter. Although each dot uses only a small amount of molecule, it will still be relatively expensive.

In Europe and the US I can imagine this seeing usage. If the researchers can increase the sensitivity, it could be a valuable early warning for water companies. Knowing that water tests take only 10 minutes not only increases water supply safety, but also potentially enables more efficient water treatment. It also seems a good approach to provide a first global overview when detecting infections in hospitals. So this research might go places, just not developing countries.