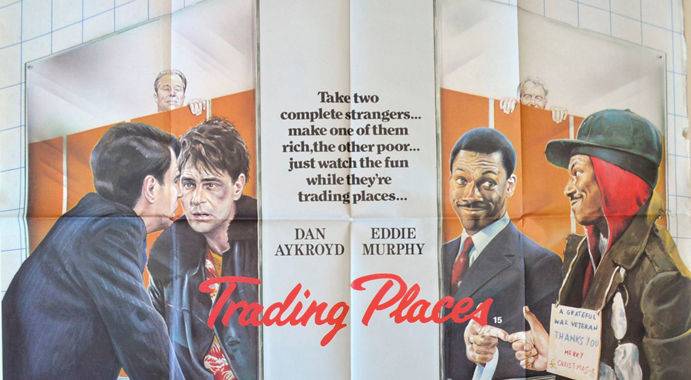 It’s common knowledge among economists that most people don’t like income inequality, especially if they’re on the lower rungs of the economic ladder. This is evident from polls and scientific studies, but also from everyday common sense. Yet many of our societies suffer from an ever widening divide between the haves and the have-nots. If we hate economic inequality so much, why do people continue to support institutions that concentrate wealth in a small percentage of the population? A new cross-cultural study led by economists working in China suggests one possible reason: People are unwilling to redistribute wealth if they believe it will disrupt social hierarchy.

Zhejiang University business school professor Zhou Xinyue and his colleagues conducted a simple experiment with a game that allows players to redistribute income between two people. They describe the results Nature human behavior. Players were shown pictures of two people and told that one randomly received a large amount of money and the other a small amount. Players were then asked if they would be willing to have the money redistributed under two basic conditions: one, if the redistribution makes the “rich” person even richer than the other; and two, if the redistribution reverses the roles and leaves the “rich” person poorer than the other.

Zhou and colleagues conducted tests on subjects in China and then continued their testing with Indian and white subjects through Mechanical Turk. They found that the answers were surprisingly uniform: 76.87% of people were willing to redistribute money if the rich remained slightly richer than the poor, leaving the “social ranking” intact. But only 44.8% of people were willing to redistribute the money if it meant reversing the fortunes of the ‘rich’ and ‘poor’ people.

Zhou and his colleagues identify this odd quirk in people’s reactions as an artifact of “rank reversal aversion,” or a fear of disrupting hierarchy. When the researchers tested children, they found that rank reversal aversion does not develop until children are 6-10 years old, suggesting that this aversion is culturally learned as the child grows older (the drive to redistribute wealth develops around age of four).

In addition, the Tibetan herdsmen participating in the study had markedly higher levels of rank reversal aversion than other subjects. This also suggests that the trait is cultural: the Tibetan group came from a culturally different, traditional society with much less market integration than other groups, so their answers were different.

Many people seem to have two deeply held beliefs that fundamentally contradict each other. We don’t like wealth inequality, but we don’t like to overthrow social rankings either. Zhou and his colleagues say this could explain why it’s so hard for people to solve inequality problems.

What’s especially intriguing is that this study shows that people didn’t like to see someone else’s fortunes reversed. So this isn’t about selfishness or protecting what’s yours. It is a kind of fear of disrupting the hierarchy beyond greed.

Economists Gary Charness and Marie Claire Villeval write in a related article Nature that aversion to rank reversal may be related to “loss aversion,” a syndrome where “a demotion in … rank produces a more negative effect on motivation than a promotion increases effort.” They add:

Third parties can anticipate the powerful effect of demotion and potential negative social and economic spillover effects of rank reversal. Rank reversal aversion may stem from fear of violence and anti-social behavior from originally wealthier people who would suffer both reduced payouts and loss of status.

Seeing someone lose their rank is so distressing that it outweighs other considerations. We prefer to keep the existing hierarchy, even if it means that it is of no use to anyone. This could also help explain why poor people often vote for programs that benefit the rich.

Zhou and his colleagues suggest that our aversion may also be ethical. “One of the reasons participants believe ranking should be preserved is belief in a just world,” they write. Although the participants know that the money was randomly allocated, “they can assume that those with higher incomes earn more”.

Anyway, we are stuck with a group of people whose cultural norms have taught them to fear redistribution of wealth if it could upset the social order. We want income equality, but we don’t want to rock the boat. Is there any way to get out of this conundrum?

Eliminating rank is not a problem

One hopeful result of Zhou and his team’s experiments is that the majority of subjects were not averse to eliminating rank. When given the opportunity to redistribute money so that the “rich” person had the same amount as the “poor” person, about 76% of people chose to do it. This is essentially the same number that were willing to redistribute money as long as rank was maintained. Zhou and colleagues conclude, “We find that participants are averse to rank reversals, but not averse to rank elimination.”

This is a tantalizing discovery for people who want to eliminate income inequality. It suggests that people would be more open to reducing income inequality if there was a guarantee that no one’s fortunes would be reversed. “Our equality condition shows that people would accept the abolition of hierarchies,” Zhou and his colleagues write. “Only when winners become losers and losers become winners do people object.”