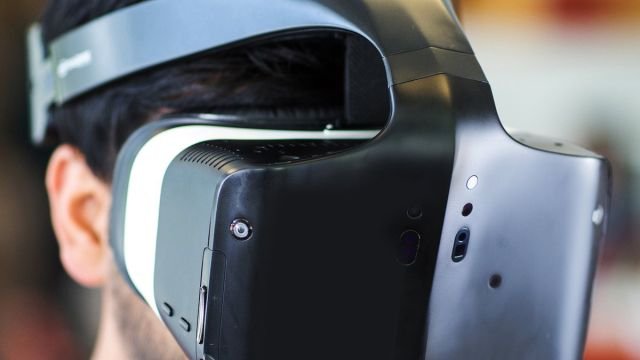 The still fledgling virtual reality headset wars have a new competitor, though it’s marketed more as a “mixed reality” solution than pure VR. At the Intel Developer Forum today, the company announced Project Alloy, an untethered headset that packs everything into one head-mounted display without the need for a PC or mobile phone.

In addition to the battery, screen and computing resources required to run the headset, Project Alloy will also include Intel’s Real Sense motion tracking system, which will use cameras and sensors to map the world around you and hands without the need for gloves. or hand controllers. The system can also see real world objects and integrate them into the virtual world, as shown in a demo where the user opened a real door and saw his boss’s face appear in the virtual world (hence the “mixed reality” name that Intel highlighted in the presentation).

Alloy will be integrated with Microsoft’s Windows Holographic platform, which will be available on all Windows 10 PCs next year. Intel also said it plans to release the Alloy hardware specs under an open source license at some point so that others can essentially use it as a reference design for their own hardware.

The Alloy announcement immediately brought to mind the similar AMD-powered Sulon Q headset, which was announced in March as an all-in-one VR headset with inside-out untethered tracking. As with that headset, we’re somewhat skeptical that Alloy can deliver a powerful, high-fidelity VR experience without weight and heat dissipation issues. In any case, it’s an ambitious direction Intel is taking and an interesting new development in what is becoming a crowded headset market.