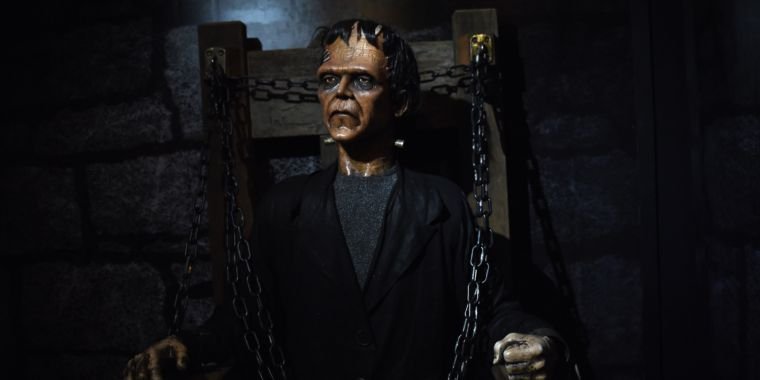 Italian neurosurgeon Sergio Canavero will perform the first human head transplant in China later this year, the doctor told the German journal Ooom in an article published Thursday. And after that effort, he will revive a cryogenically frozen brain and transplant it into a donor body within the next three years.

The plans, completely disconnected from reality and the state of modern medicine, are at least in line with his previous outlandish goals and questionable animal research.

Canavero has made headlines in recent years for claiming that it is currently possible to transplant a human’s entire head onto a donor body. A Russian man, who suffered from Werdnig-Hoffmann’s disease, even publicly volunteered for the procedure.

As proof that the transplant could work, Canavero published gruesome experiments in 2016, which reportedly restored the severely injured spinal cords of mice, rats and a dog. The experiments came complete with chilling video of recovering animals struggling to drag their limp bodies around. Still, the study lacked controls, detailed methods, and data on the injuries and recovery. Canavero claimed to perform a head transplant on a monkey, but did not publicize the experiment.

Experts find his research on spinal cord restoration, let alone whole head transplants, decidedly unconvincing. A medical ethicist called Canavero “insane” for getting past the currently insurmountable challenges of such accomplishments. These include intricately repairing and reattaching thousands of delicate nerves and restoring function. At this point, doctors can’t even convince the immune system to consistently accept much simpler transplants. There are also the completely unknown effects of such a transplant on the mighty human psyche.

Canavero carries on, undaunted it seems. In his Ooom interview, not only did he slip through the idea of ​​successfully transplanting a head, he made an even more absurd claim: that he would revive a cryogenically frozen brain and transplant it into a donor body. Canavero said he would receive a preserved brain from the Alcor Life Extension Foundation, a cryonics company in Scottsdale, Arizona, according to Gizmodo.

There is currently no way to revive and molecularly repair a frozen human brain. And such transplants have not even been tried in animals. The surgical procedure is thus decades, if not centuries, away.

As Gizmodo also reports, Alcor said Canavera hadn’t even contacted the company. It distanced itself from the Doctor, like other cryonics leaders, noting that his efforts are not realistic or even a shared goal.

In a statement, the company said:

The Alcor Life Extension has had no contact with Dr. Canavero. It is not yet possible to revive cryopreserved human brains with current methods. Resurgence of current cryonics patients will require future recovery through highly advanced future technology such as molecular nanotechnology. Technology advanced enough to restore frozen brains would naturally also be able to regrow new tissues, organs and a healthy body for the revived person. Therefore, Alcor does not expect that body donations or transplants will ever be necessary for the revival of cryonics patients. Until advanced tissue regeneration technology is developed, we wish Dr. Canavero the best in its development of body transplant surgery for today’s living patients who could benefit from it.