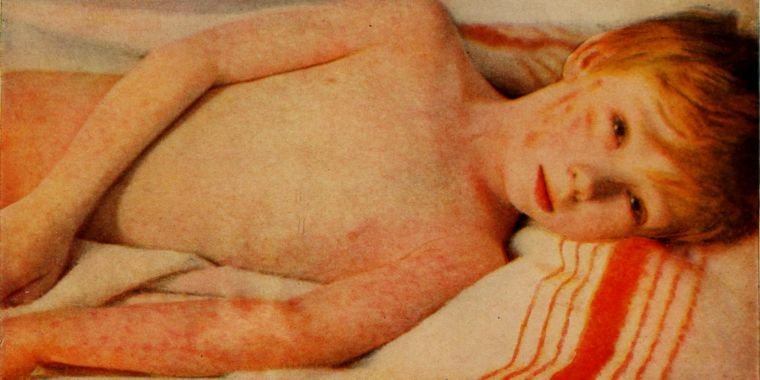 Tackling a myth with facts can only reinforce it, a new study suggests.

Researchers found that three major intervention strategies for combating anti-vaccine lies and falsehoods were ineffective at changing people’s minds. But perhaps more worryingly, they found that long-term exposure to the interventions strengthened participants’ belief in those lies and untruths, researchers recently reported in PLOS One. The researchers speculate that the mere repetition of a myth during the debunking process may be enough to embed the myth in a believer’s mind.

“People tend to mistake repetition for truth, a phenomenon known as the ‘illusory truth’ effect,” note the authors, led by Sara Pluviano of the University of Edinburgh. And when those myths are built into a framework of beliefs and worldviews—a cognitively consistent perspective—it becomes even more difficult to dispel them.

The study isn’t the first to find that pro-vaccination strategies can backfire, but it highlights how seemingly corrective information can be twisted in stubborn minds to support rather than refute misinformation.

More importantly, the authors conclude, our work can help public health authorities and practitioners understand why it is necessary to adopt an appropriate strategy to influence people’s beliefs and behaviors about vaccination, which can result in better health outcomes for the individuals themselves. and for society as a whole.”

Participants were randomly divided into four groups, three receiving one of the three intervention leaflets listed above and one remaining group receiving information on an unrelated topic, which served as a control. The researchers surveyed the participants’ vaccine recommendations just before and after they received information, and seven days later. The surveys gauged opinions about whether vaccines caused autism, whether vaccines had scary side effects, and whether participants were hesitant about vaccines or getting them on a recommended schedule.

Participants in the study had different opinions on the matter. But researchers tracked the overall change within each group to assess and compare the impact of each intervention.

In general, none of the information leaflets initially changed my mind about vaccines. But after seven days it got worse.

After seven days, the control group showed no change in their ‘vaccine hesitation’ score. But all three groups that received vaccine information packs saw an increase in their vaccine hesitancy scores.

The study, of course, has limitations; it’s small, tests mostly middle-aged students, and is based on survey responses rather than actual vaccination rates. But the researchers say it’s still a useful example of how people can misremember information over time. As for the future, the researchers are at a bit of a loss. They certainly argue that more research is needed to figure out how to shatter entrenched myths. For now, their advice to public health advocates and experts is to try a bombardment method — many interventions, together and repeated — and hope some facts stick.