Inequality in physical activity may explain differences in obesity | Techilink 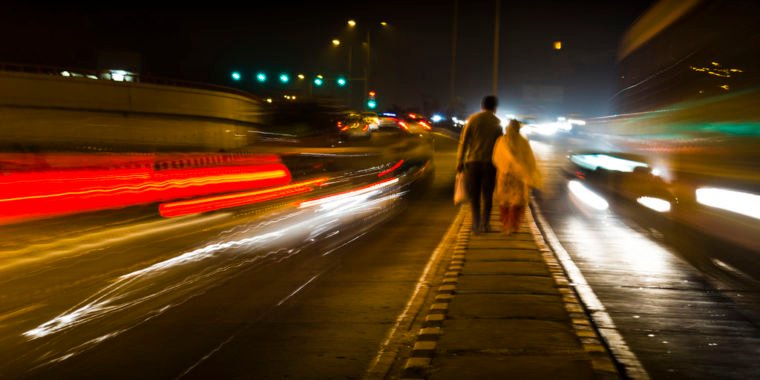 On average, people in the US take about the same number of steps each day as people in Mexico: about 4,700. But the US has a much higher obesity rate than Mexico: 27.7 percent compared to 18.1 percent. Why?

The immediate and obvious answer is food culture, and that probably plays an important role. But a piece of paper inside Nature this week suggests something else we should be looking at: activity inequality. In the US, a small portion of the population does many daily activities, driving the average higher, but the majority of people get very little. Other countries, such as Japan, are more equal: there more people fall around the average.

Inequality in activity is already part of the obesity conversation. When we talk about issues like workout deserts, we’re talking about how some groups of people live in situations where there aren’t many options for physical activity, leaving some of the population below average. However, a new look at global data confirms that this is an essential way of analyzing the problem: a large inequality in activity in a country means high obesity, much more reliably than a low average activity level means high obesity. And targeting this disparity specifically, rather than looking at average activity, could produce much better results.

How much do people move? Hard to say

Without good evidence on physical activity, policy decisions must be based on educated guesses and assumptions. But good data on physical activity is very difficult to come by. You can ask people to report how much activity they get, but self-reports are notoriously unreliable (almost everyone says they exercise more than they do). You can give a lot of subjects wearables, but the data is limited by how many wearables you hand out and who gets them.

The sheer number of people now tracking their activity through various apps and wearables is a data goldmine for getting up-to-date, solid numbers on physical activity worldwide. Computer scientist Tim Althoff and a team of Stanford researchers used data from more than 700,000 users of the smartphone activity tracking app Argus, from 68 million days of activity tracking, to observe the activity patterns of people around the world.

It also means that users in general were probably on the wealthy side. That’s especially the case for middle-income countries (where iPhones are more likely to be owned by only wealthier individuals) than in high-income countries, where they tend to be somewhat more ubiquitous. And more importantly, any Argus user cares enough about their health to download a smartphone app that tracks their movements throughout the day. Those people may not be perfectly representative. But no data set is perfect, and fitness tracking data is a leap forward from self-reporting.

So what leads to this activity disparity? The answer is certainly complicated, but this dataset confirmed that the built environment is a major contributor. The researchers looked at the walkability of 69 cities in the U.S. and found that people who lived in walkable cities — those with parks and shops within walking distance, as well as short, walkable blocks — took in more steps on both weekdays and weekends. Inequality in activities in these cities is lower, and that applies to both poorer and richer cities.

Gender also plays a role: there is a growing gender gap, with men taking more steps than women. And countries with greater inequality in terms of activity also have greater gender gaps. As with everything else, the causes of this are likely to be hugely complex, but here again the built environment plays a role. Cities that are more walkable have a smaller gender gap.

All of this is important because it indicates where efforts can be invested to have the greatest impact on public health. Improving the built environment should help close the gender gap and reduce activity inequality in general, which in turn should have a marked effect on obesity.

In fact, the researchers used the data to predict what would happen if everyone took an extra 100 steps per day (increasing average activity), compared to what would happen if the least active people took a giant leap of an extra 500 steps. Focusing on average activity levels would reduce obesity by about 2.3 percent, but reducing inequality would have a much bigger impact: about 8.3 percent.

Many of these findings confirm the results of other research done with less robust data. Clearly, more research will be needed, with other datasets having various weaknesses, allowing researchers to slowly uncover the truth over time. But these results point to a small but essential change in the way we should think about the problem.