In the UK, social media use is associated with covid-19 conspiracy theories | Techilink 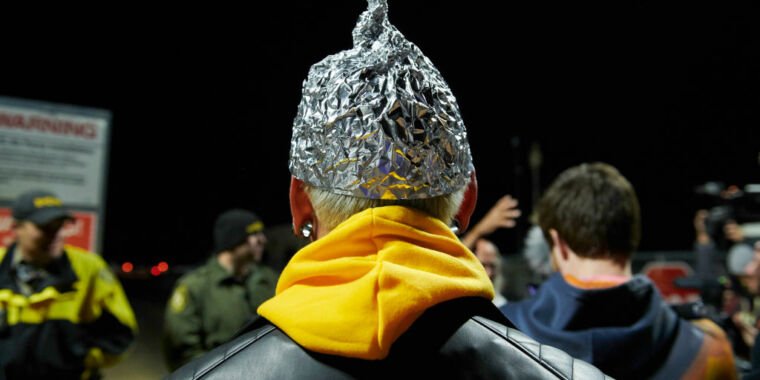 The COVID-19 pandemic has confronted society with a plethora of cases where critical pieces of information are simply not yet known. And the public has had to deal with managing a myriad of situations where the risks were beyond their control. Under those circumstances, we shouldn’t be surprised that the human belief system has stepped into these gaps by sticking to conspiracy theories and replacing nefarious actors with the unknown and unchecked. That has sparked an ongoing battle, building unsubstantiated beliefs against public health experts and scientists, as well as the press conveying their understanding to the public.

So who wins? Some academics decided to poll the British public to find out. The results are a mix of good news and bad news. No conspiracy theory has reached the point where a third of the public believe it. But belief is more likely in younger people, who rely on social media for more information.

The poll, conducted by a team from King’s College London, was based on three surveys of the British public. The first was a relatively small sample of self-selected respondents. But that was followed by two larger surveys (more than 2,000 people each) designed to accurately reflect the UK’s demographics. Respondents were asked whether certain statements about the pandemic were true, as well as about their own behavior regarding obeying the country’s social restrictions. They were also asked where they got their information about SARS-CoV-2.

(If you prefer to view the data in graphical form, check out some of the graphs the researchers generated using the survey responses.)

Some of the explanations involved in the true-or-false scores are well-known conspiracy theories, such as the evidence-free suggestion that the coronavirus was created in a lab, which goes against evidence of the virus’ evolution. Others touched on topics that are the subject of other widespread conspiracy theories, such as “the current pandemic is part of a global effort to force everyone to get vaccinated, whether they want to or not.” Finally, some are just bizarre, such as the suggestion that “there is no hard evidence that the coronavirus really exists”.

On the positive side, only 7 percent of those polled think we have no evidence of the virus’s existence. The belief that 5G networks are involved is true for 8 percent of them. Things only creep up a bit when the vaccine conspiracy was considered.

On the downside, nearly a third of the British population believes in some blatant conspiracy theories, such as the government hiding the number of people who have died or that the virus was created in a lab. Health authorities clearly have work to do.

So, what can we say about the people who believe this sort of thing? The researchers tested several correlations. One that has consistently emerged is that the people prone to conspiracy thinking tended to be younger and spent more time using social media when seeking information about the pandemic. The most visited site of this group? YouTube, closely followed by Facebook. Getting information from friends and family wasn’t great, but the association with conspiracy belief was weaker than social media.

Using social media for research also seemed most akin to the dumber conspiracy theories, such as whether we know the virus really exists or blame its spread on 5G cellular networks.

Using social media for pandemic information was more common among younger participants; older people tended to rely more on mainstream media. This is important in the UK, which has a formal process with potential sanctions for TV and print publications broadcasting or publishing false information. This does not apply to social media companies.

Unfortunately, people seem to act on their beliefs. Those who believe in conspiracy theories — particularly the idea that the virus may not exist or that its symptoms are caused by cellular signals — said they were more likely to engage in risky behavior. These behaviors include having friends or family visit them at home or go out or go to work, despite having symptoms that could potentially indicate COVID-19. These results are consistent with a variety of previous studies that found that people who believe medical conspiracies are less likely to engage in what the researchers call “health-protective behavior.”

So what can we do about this? There was seemingly positive news in a study published Monday by PNAS titled, “A Digital Media Literacy Intervention Increases Distinction Between Mainstream and Fake News in the United States and India.” The intervention itself was simple and inexpensive: Get people to read the Facebook page “Tips to spot fake news.” Unfortunately, in the best cases, the effect was quite small, reducing the number of fake headlines judged to be accurate from 32 percent to 24 percent, and differing between experiments.

So there is no obvious silver bullet that will help many more people recognize when they come across misinformation online. Reality, for now, is in an ongoing battle against the Internet.