In Hawaii, lava continues to creep into the grounds of a geothermal power plant | Techilink 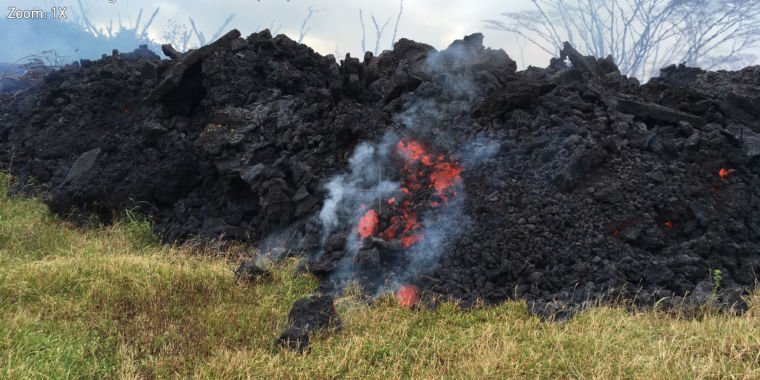 The eruptions of Mount Kīlauea in Hawaii have wreaked havoc in the southeast corner of the island of Hawaii, but a new concern has slowly emerged: Earlier this week, Reuters reported that lava is creeping into the grounds of a 38 MW geothermal facility called Puna Geothermal Ventures (PGV). ). Lava damage could cause problems for the plant’s operations in the future, and some officials are concerned that damage to geothermal wells could lead to the release of hydrogen sulfide gas, which is toxic to humans. Although lava was held back for days by a natural berm, Reuters reported again yesterday that a new lava flow had penetrated the 815-acre PGV site.

According to a Hawai’i County spokeswoman, the only structure destroyed at the geothermal plant so far is an old warehouse that was used in the early days of the plant and has been used for storage ever since.

Geothermal energy, which uses the natural heat from underground rocks to generate electricity, is a low-carbon way to generate a relatively constant power supply. However, no modern geothermal facility has sustained lava damage, Reuters notes, so there’s no precedent for this situation.

The first fissure to penetrate PGV property earlier this week, Fissure 6, is 200 to 300 meters from one of PGV’s 11 geothermal wells. The new fissure that entered PGV grounds Saturday night is Fissure 21. In a tweet Sunday morning, the US Geological Survey tweeted that “Fissure 21 continues a slow advance eastward on PGV terrain.” (Check out our previous story on Kīlauea’s activity for a detailed look at why the volcano erupted the way it erupted.)

PGV is normally capable of supplying about 25 percent of the big island’s power, but the plant was taken offline after Mount Kilauea’s initial eruption. Hawai’i Electric Light, the energy supplier for Hawai’i Island, said Tuesday evening there was no danger of failure for the rest of the island due to PGV downtime because Hawaii’s network had ample backup generation.

After the plant was taken offline in early May, about 60,000 gallons of pentane, a highly flammable chemical, was removed from the site. Pentane is often used as a “working fluid” for geothermal plants – it has a lower boiling point than water, so it heats up quickly when it is near water from a geothermal source, and the resulting vapor can be used to power the turbines of to power the plant and then be recirculated.

Despite the removal of the pentane, danger remains if the lava reaches the pits. Geothermal wells often release small amounts of toxic hydrogen sulfide during normal operation, usually well below the emission limits set by local governments. But lava can destabilize a source and release more.

The best-case scenario is that the lava continues to bypass the plant. Ormat, the company that owns PGV, told Reuters it cannot assess potential underground damage to the wells (from lava or the periodic earthquakes that accompany it) until the situation stabilizes.

Since last week, workers have been trying to depressurize the wells by pouring thousands of liters of cold water into them. One well failed to lower the pressure, so it was sealed with a mud-like substance, the AP wrote. The wells are 6,000 to 8,000 ft deep each.

Correction: This article has been amended to reflect that eruption damage is focused on a small portion of Hawaii, but not the entire island.

Listing image by US Geological Survey