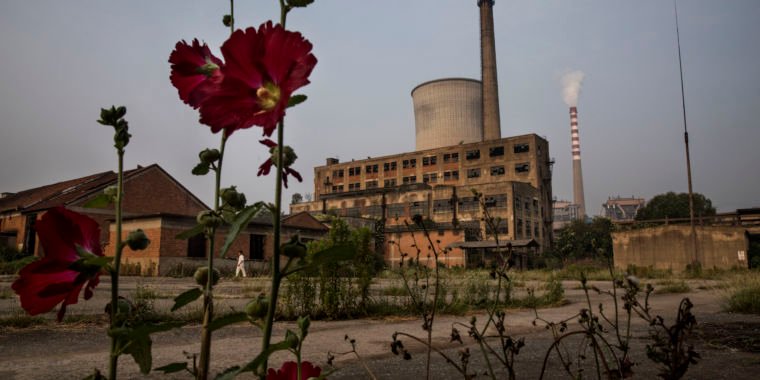 In 2007, China required a number of coal-fired power stations to install Continuous Emissions Monitoring Systems (CEMS) to monitor the pollutants released by those stations. In 2014, the Chinese government introduced stricter emission standards for coal-fired power plants. Have those two ordinances worked to reduce pollution?

The answer is yes, but with a few caveats.

In a paper published last week, researchers compared a large number of CEMS measurements with emissions measurements from a satellite owned by NASA. They found that although China’s regulations on sulfur dioxide (SO2) levels, there is evidence that CEMS data paints too rosy a picture of how big the decline was. Coal plants in key regions were given stricter standards than those elsewhere, and those plants with stricter standards seemed to miss their targets more often than not.

China is a major consumer of coal and therefore makes a major contribution to climate change. (However, coal emissions per capita are less than those of the US.) According to the Brookings Institution, coal use had been declining since 2013, but saw an increase in 2017, driven by increased economic activity in the first half of the year. While China’s coal consumption was initially reported to increase by about three percent, Brookings claims the increase was likely a more modest one percent.

The researchers, from MIT and Colorado University Boulder, chose to focus on SO2 emission measurements. SO2 is a major pollutant that can cause a number of health problems, and excessive amounts in the atmosphere can cause acid rain.

According to CEMS data, SO2 Emissions per power plant fell by an average of 13.9 percent after the Chinese government imposed stricter standards for coal plants. But the CEMS data sometimes contained missing readings, which could hide the operating hours in which the power plant operator knew it could not meet the new standards. To test for poor performance omissions, the MIT and CU Boulder researchers used satellite data to confirm the decline in SO2 emissions.

The satellite data could only be used for a small subset of the coal-fired power plants that were indexed, because the researchers didn’t want emission sources other than coal-fired power plants to affect the data. That subset consisted only of those power plants that produced 50 percent or more of the power generation in an area of ​​35 km. In non-essential areas where standards were more lax, satellite measurements were closer to CEMS data. In key areas where the standards were stricter, the CEMS data was significantly better than the actual measurements. The researchers controlled for every other SO2producing industry that could be in the area so they could rule out those effects.

Instead, the researchers offer a different explanation: “The penalties for falsifying data have historically been lower than those for violating the norm.” This suggests that it is sometimes cheaper to provide bad data and see if you can get away with it than to get caught with bad grades at the time of posting. The guidelines for reporting CEMS data were also meager, the researchers noted, so it’s more difficult for enforcement officials to see if numbers have been misreported.

“Our findings based on the satellite comparison further suggest that manipulation is far from universal, but may have increased as compliance became more expensive or more difficult,” the authors state.

To eliminate data manipulation, the authors suggest that China could make penalties for data forgery more painful. Another alternative, they say, goes back to the cap-and-trade system the country has been exploring. Emissions trading systems would allow flexibility because factories that can efficiently reduce emissions have a market incentive to do so, and factories that cannot efficiently reduce emissions have the flexibility to buy credits on the trading system and continue to emit. “However, for these systems to work, high-quality emissions reporting is essential,” the paper states.