In addition to antibodies, the immune response to coronavirus is complicated | Techilink 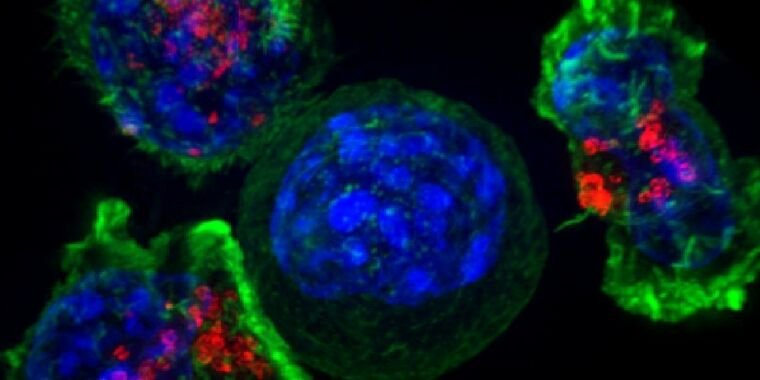 Ultimately, the only way for societies to return to some degree of normalcy after the current pandemic is to achieve a state called herd immunity. This is where a large enough percentage of the population has acquired immunity to SARS-CoV-2 — either through an infection or a vaccine — that most people exposed to the virus are already immune to it. This will mean that the infection rate will slow down and eventually disappear, protecting society as a whole.

Since this is our ultimate goal, we need to understand how the immune system reacts to this virus. Most of what we know is based on a combination of what we know about other coronaviruses that infect humans and the antibody response to SARS-CoV-2. But now data is coming in on the response of T cells, and it indicates that their response is more complex: longer-lasting, broad-based, and including an overlap with response to previous coronavirus infections. What this means for the prospect of long-term protection remains unclear.

What we know now

SARS-CoV-2 is one of seven coronaviruses known to infect humans. Some of these, such as SARS and MERS, have only recently made the leap to humans. Although they are more deadly than SARS-CoV-2, we are fortunate that they spread less efficiently among humans. These viruses seem to elicit a prolonged immune response after infections. That is in stark contrast to the four coronaviruses that are widely circulating in humans and causing cold symptoms. These viruses elicit an immunity that seems to last less than a year.

We don’t know much about the immune response to SARS-CoV-2 yet. By monitoring the production of antibodies, it is clear that many of those infected have a robust immune response, but “many” is far from “all” – there is a lot of variability in the level of response. That variability is related to a large difference in the severity of COVID-19 in patients. One concern is that the antibody response to SARS-CoV-2 appears to be rapidly declining.

However, the antibody response is only part of the immune system’s defense against a pathogen. Antibodies generally recognize the proteins that are on the surface of a virus, as these are the proteins that the cells are exposed to that make antibodies. But a second group of cells, called T cells, have a different way of recognizing pathogens. T cells depend on a system used by all cells, which takes up small pieces of the proteins they make and presents them on the cell surface. Because of the way the system works, it has the potential to recognize more proteins made by a virus, not just those on its surface.

(Some immune cells that ingest pathogens also lay protein fragments on their surfaces in the same way.)

Once there, any T cells that recognize these tiny bits of protein as foreign can trigger a variety of responses, from activating their fellow immune cells to killing the cell making foreign proteins. Studying the T cell response is much more challenging because it is based on cells rather than antibodies, which are proteins. But such research could be equally crucial to understanding long-term immunity.

To study the T-cell response, a group of researchers in Singapore focused on proteins that are either internal to the virus or used only in the cells it infects and thus are not a major focus of the antibody response. To check the response to these proteins, the researchers made a set of 15 amino acid long protein fragments that together span the full length of the protein. They then collected blood cells from people who had recovered from COVID-19, those who recovered from the original SARS, and those who had never been exposed to either virus.

These fragments were pooled and mixed with blood cells to determine if any T cells reacted in them. By shrinking the pools, the researchers were able to identify the specific fragment — and thus the specific region of the protein it came from — that T cells responded to. The response was recorded by checking the level of an immune signaling molecule produced by T cells.

But there was one striking feature of the SARS and COVID-19 fragments to which the T cells responded: many of them were identical. Although SARS-CoV-1 and -2 are different viruses with different evolutionary histories, many of their proteins remain extremely similar. (That’s probably because they continue to perform similar functions, and so there is evolutionary pressure against change.) As a result, several of the fragments made from the SARS-CoV-2 proteins were identical in the SARS equivalent protein. -CoV-1. So a T cell that recognized one of these fragments could recognize both viruses, even though it came from a patient exposed to only one.

That forms the basis for the most surprising result of the research. Participants who had never been exposed to either SARS virus also had some T cells that recognized pieces of SARS-CoV-2 proteins. This was not true for every participant in the unexposed group; only about half of them had these reactive T cells. But again, it was mostly based on cells responding to bits of protein identical to SARS-CoV-2 and viruses that cause the common cold.

Mostly, but not all. There were two exceptions to this — two protein fragments that didn’t resemble the common cold virus, but elicited a response from T cells from unexposed participants — and the researchers are struggling to explain them. Their only suggestion is that another pathogen randomly has a small piece of protein that looks like this. There were also differences between the groups regarding which of the three proteins their T cells recognize, but the significance of these differences is not clear.

What does it all mean?

Does this mean that the common cold could potentially protect some of us from COVID-19? There is no way to know based on these results. Prior exposure to cold-causing coronaviruses appears to induce a response to proteins other than SARS-CoV-2 exposure. And there is no evidence that antibodies to the common cold viruses cross-react to SARS-CoV-2. Would a T-cell-based response alone be enough to fend off the virus? We do not know.

At the same time, the fact that this response is only present in a subset of people who have never been exposed may explain some of the differences in the severity of COVID-19 symptoms. There is clearly still a lot of work to be done here.

The importance of T cell-based immunity is also critical to understanding the issue of the apparently highly variable antibody response, as well as the evidence that it may quickly disappear once SARS-CoV-2 infection has cleared. This study indicates that T cell responses are consistent and strong in this small population. The parallel work on SARS patients indicates that this response also lasts much longer than the antibody-based immune response. So if it’s enough to protect against reinfection, then maybe we can worry less about the erratic antibody response. Again, we don’t know yet.

This could also have implications for vaccine development, which usually target the production of neutralizing antibodies.

All of this implies that there is an urgent need to better understand the T cell response to SARS-CoV-2, which is unfortunate given the challenge of studying T cells.