In a pandemic-driven world, trust in science is increasing | Techilink 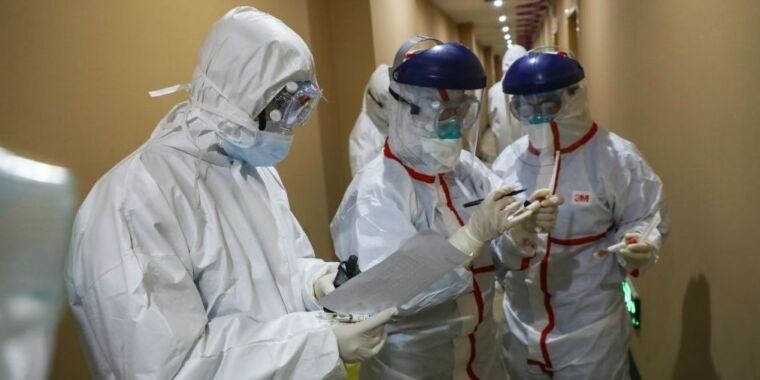 Last week, the Pew Research Center released the results of a series of polls examining how the populations of 20 different countries view science. While the Pew has the advantage of more than a decade of data in some countries and large research populations, it suffered a bit from the timing. The advent of the COVID-19 pandemic pushed science to the forefront of news and policy discussions, and it gave everyone a personal interest in staying on top of the latest medical advice.

If there could be one thing that would change the public’s perception of science, it would be the pandemic. And the Pew probed a little too early to find out.

But Pew isn’t the only organization doing polls like this. In 2018, 3M (a company that employs many scientists and engineers) began sharing the results of its own international studies on public attitudes to science. And by this year, the surveys had run long enough to pinpoint a general decline in confidence in science and scientists — at least before the pandemic. However, in response to COVID-19, 3M went back and did a second set of studies and found that the trend had completely reversed, with confidence in science showing a sudden surge.

The 3M surveys targeted a demographically representative group of more than 1,000 participants in 14 countries: Brazil, Canada, China, Germany, India, Mexico, Japan, Poland, Singapore, South Africa, South Korea, Spain, the UK and the US. The survey data scheduled for this year was collected late last year, but was completed before the first known cases of COVID-19. To monitor changes in thinking caused by pandemics, additional surveys were conducted in July and August, after most countries experienced their first wave of pandemic cases. These surveys were completed in the same countries except India and South Africa, and 3M plans to add Mexico and the United Arab Emirates.

Some of these countries—think China and India—have such a high population that a sample of 1,000 won’t be fully representative, no matter how well the country’s demographics reflect. For the most part, however, 3M has collected the answers for all countries. Detailed country-by-country analyzes will have to wait.

There is bad news and good news. Over the course of three years of polls, the number of people who answered that they were “skeptical of science” had risen slowly and steadily, from 29 to 35 percent. But those numbers dropped to 28 percent after the spread of the COVID-19 pandemic.

Similar things happened in the confidence realm, with post-pandemic responses showing the highest level of confidence in science since 3M began polling. The same goes for trust in scientists themselves. The actual increase was small (about 5 percent), but the numbers were high to begin with. If you start at about 80 to 85 percent, there isn’t much room to grow.

(If you pay attention to these percentages, you will notice that some people both say they are skeptical of science and that they trust science. That sort of thing is not uncommon in these types of polls and can represent people responding to the different contexts in which the questions are asked.)

The surveys showed a slight increase in how people rated the importance of science in their lives; those who rated it as “very important” rose 10 points between the pre- and post-pandemic polls (44 to 54 percent). Those who considered it very important to society in general rose by a similar number, from 58 to 69 percent. Between 70 and 80 percent of people also believed that the pandemic had made them value science funding and the role of science in society and public health. A whopping 92 percent believed that people’s actions to respond to the pandemic should be backed up by science.

The role of government

While many governments were known for their failure to effectively deal with the pandemic, people still placed high hopes on them to promote science. The top four responses to issues that the government should be involved in were affordable health care, food safety, air quality and plastic pollution of the oceans, and all those surveyed were over 80 percent. Those numbers actually rose slightly after the pandemic, with about 85 percent of the public in favor of government intervention. That’s about the same percentage who were in favor of government action to contain the pandemic.

Prior to the pandemic, about 60 percent thought this should come from the government, a figure nearly double the number who thought businesses or charities should be the source of funding.

Not surprisingly, governments were expected to lead the way on issues they were already dealing with. These included providing equal access to science education, with 62 percent feeling that government bore the most responsibility. Fifty-two percent said the same about climate change, while companies came in a distant second at 21 percent.

The pre-pandemic survey also addressed many scientific issues that seemed important before the advent of COVID-19. When asked what problems besides health care people thought science could help solve, all the answers in the top five focused on environmental issues, with climate change being the main concern. Even after the pandemic, environmental and health concerns were statistically in a blind spot when people were asked to pick a topic where ignoring science will have negative consequences.

While there were plenty of ways people felt that science could contribute to environmental challenges, there were no dramatic differences in how people prioritized it.

Given the importance people generally place on science, there are clear questions about why more people aren’t involved in science — and why the population of people who are isn’t more diverse. In the post-pandemic studies, 3M asked about some of the structural barriers that prevent people from being more involved in science. The researchers found that about a quarter of people under the age of 40 felt discouraged from pursuing science, compared with only 10-15 percent of older participants.

More than a third of them noted that a lack of classes in their school was a barrier, a problem more prominent in developing countries. About a third said they’d been told they weren’t smart enough, and another 25 percent had been told that science was just for geeks. And a quarter said they were discouraged because of their ethnicity or gender, but that figure reached 50 percent in the United States. Income inequality also played a role: less than half of low-income parents reported their children participating in science activities, compared to nearly 70 percent for high-income parents.

Overall, any result other than what these polls show would be quite disturbing. We are in the midst of a pandemic that will only be less dangerous if scientists have developed a vaccine or a highly effective therapy. Meanwhile, epidemiologists have helped determine which public health measures are most effective in limiting the spread of the virus. And while all this is underway, devastating storms and record fires have reminded us that some of the pre-pandemic crises like climate change have not gone away.

Given all this, it would be extremely disturbing if the population did not look to the only people who can save us. Now I’m a little less concerned that I wasn’t convinced beforehand that the study would produce these results.

Corrections: Two digits above were assigned to the wrong time period (pre- or post-pandemic). This has been resolved.