If you think NASA is frustrated with SpaceX, you’re probably right | Techilink 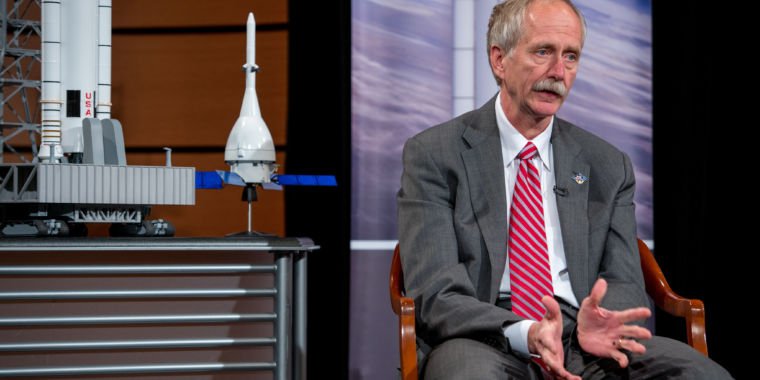 But for all its problems, NASA remains an organization capable of doing great things, filled with talented and motivated people. And one of the goals NASA has committed to is encouraging American companies to invest in spaceflight and develop sustainable business plans. NASA is trying to open up space for business, especially low Earth orbit.

To that end, NASA has been a great partner for SpaceX and its goal of lowering the cost of accessing space. NASA essentially saved the launch company with a $1.6 billion contract in 2008 to deliver cargo to the International Space Station. The space agency is also in the process of providing the company with more than $3 billion to develop and begin crewed missions to the station. These funds allowed SpaceX to design and develop its workhorse Falcon 9 rocket and two variants of the Dragon spacecraft, including the Dragon 2 capsule that the company is proposing to send two humans around the moon next year.

After SpaceX’s dramatic announcement Monday about its lunar tourism plans, NASA initially issued a supportive statement: “NASA commends its industrial partners for reaching higher.” However, if we read a little deeper into the statement, there’s something of a rebuke, suggesting that the agency’s patience with Hawthorne, California-based SpaceX is running a little thin. It is not clear where this important relationship is going now.

Given all the support it has provided SpaceX, it is illustrative to see how SpaceX has treated the space agency. On the plus side, the company has provided cargo shipping services to the space station, which would have cost NASA billions more dollars to develop using its traditional, cost-plus contracting processes. With its rousing launches and landings, SpaceX has also increased public interest in – and support for – NASA’s activities on the space station.

But on the negative side, consider the following:

The second part of NASA’s statement on SpaceX’s lunar tourism news offers some insight into how the space agency really feels about the latest announcement. The agency says, “We will work closely with SpaceX to ensure it safely meets its contractual obligations to return astronaut launches to U.S. soil and continue to successfully deliver supplies to the International Space Station.”

Roughly translated, this means: Dear SpaceX, we assisted you. We’ve given you $3 billion for crew services, the bulk of your revenue in recent years, and we’re desperately tired of relying on Russia to get our astronauts to the space station. Can you focus on our contract? Like now?

A more blunt assessment was given by Mary Lynne Dittmar, who is familiar with the thinking of NASA’s manned spaceflight program managers. “I think it’s extraordinary that these kinds of announcements are being made when SpaceX has yet to get the crew off the ground to low Earth orbit,” she said. The New York Times.

This is essentially the position of many – though by no means all – at NASA, along with its primary contractors. Dittmar is executive director of the Coalition for Deep Space Exploration, the organization formed by the main contractors behind NASA’s SLS rocket and Orion spacecraft. These are the old guard aerospace companies, including Boeing and Lockheed Martin, whose government contracts are threatened by SpaceX. Orion, in particular, seems particularly vulnerable if SpaceX can demonstrate Dragon’s ability to perform the same kind of deep space missions and return from the moon at high speed.

With his latest proposal, Elon Musk is playing a dangerous but potentially winning game with his cheaper alternatives to NASA’s existing programs. He acknowledges that NASA has cherished his company, and on Monday night he stayed publicly appreciate of the space agency. However, by talking about Mars and now the moon, he not only indicates that his company is not fully focused on its main contract – commercial crew – but also plays a role for NASA’s future deep space exploration plans.

Musk is betting that Vice President Mike Pence will strongly suggest that NASA use SpaceX’s more affordable capabilities to get American astronauts into space faster. However, if the Trump administration fails to pull through, Musk risks alienating his closest – and by far most important – ally.