If you love someone, know that Lego is releasing an ISS-inspired set in February |Techilink 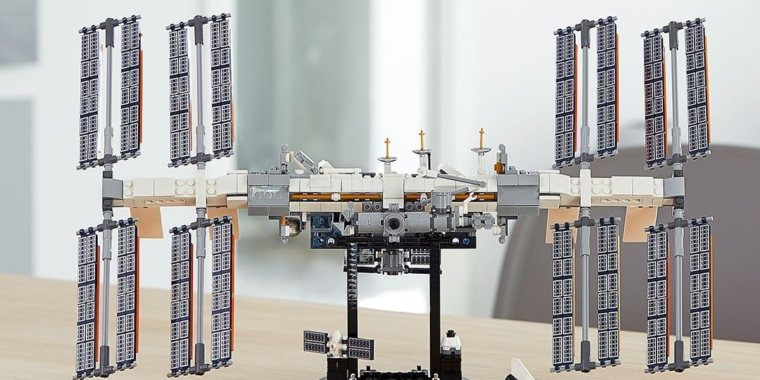 Perhaps to bolster the idea that waiting until the last minute can be good for gift seekers, Lego announced today that it has produced an International Space Station-inspired set that will be available February 1 for $69.99. (Outside of an Ars subscription, this is: the perfect Valentine’s Day gift for any Arsian in your life.)

Like previous Lego space versions like the Saturn V, this ISS model looks robust. The set contains over 850 parts and, when built, will measure over 20 cm high, 31 cm long and 49 cm wide. According to the company’s official press release, loving details include an adjustable Canadarm2 and two rotating joints that coincide with eight adjustable solar panels. The set also comes with some delightful extras, such as a pair of astronaut minifigures, a brick-built mini space shuttle and a 148-page booklet filled with information about the real ISS.

In addition to being a drool-worthy addition to any Brickhead’s collection, the Lego ISS also serves as a celebration of the Lego Ideas initiative, which turns 10 this year. Ideas is a platform where users can submit proposals for future sets, and those entries that get enough support through votes can eventually go into production. (See that awesome Women of NASA set from 2017 as just one example.) Lego fan Christoph Ruge submitted his ISS proposal more than three years ago, but it resurfaced thanks to Lego’s popular ideas that hadn’t been produced, called again as a way to celebrate Rotating Ideas 10. Ruge’s Ideas page is a nice collection of other space proposals, by the way: can we get a Baikonur or Hubble set too sometime?

The ISS set is listed as 16+ on the box, so presumably it will be a slightly more complicated, time-consuming build than your average Lego purchase. That said, the Saturn V set was made up of over 1,900 pieces, and Ars Senior Space Editor Eric Berger put that together in two minutes and 45 seconds in 2017. Lego and/or NASA, if you need more speed builders, go – around, please don’t be shy.

Update, 11:15 a.m. CT: Ooooo, the Lego Ideas team released a longer video this morning detailing how they sent a Lego ISS model to the stratosphere via balloon “to get as close as possible to the real ISS”. This Twitter crop offers even more close-ups of the real set (as opposed to just close-ups via concept images before). The video also confirms that NASA scientists helped provide feedback on the final design of this set, and the footage highlights a few additional details through close-ups on the access hatch (made from a Lego ring-pull soda can) and the solar panels (called “decorations” made especially for this model, which makes us cherish the idea of ​​​​decals, but could refer to special printed pieces).