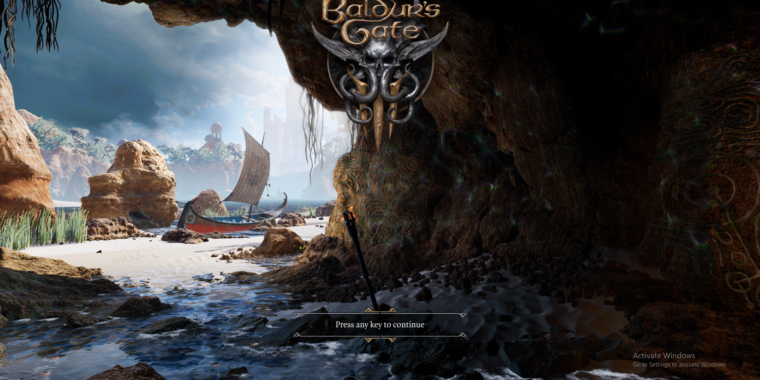 When I got the chance to play Baldur’s Gate 3 in early access I jumped on it – I’ve been a Dungeons & Dragons enthusiast for about 40 years and went back to Blue Book Basic D&D as a little kid in the late 1970s. As far as I know, I’ve played every licensed D&D and AD&D computer RPG ever made. Not all of them have been winners, but the original Baldur’s Gate was probably the franchise’s best-loved – it boasted an expansive, interesting world with bold voice talent and characters.

The new entry in the Baldur’s Gate series is unfortunately not cut from the same cloth. The game’s rendering engine is incredibly beautiful, but the characters it displays are shallow, hackneyed and often downright hateful – and the storyline, at least for the first 15 hours, is quite similar.

What this game lacks the most is camaraderie on the table, even the ersatz version you get from a good computer RPG. Even when legal good and chaotic neutral characters rear their heads on the other side of a DM’s screen, an adventurous party should feel like it has real ties and a unified purpose. That sense of togetherness didn’t arise in the first 15 hours of Baldur’s Gate 3– and maybe that’s more important to me than to you, but I can imagine I’m not the only one who wants a D&D quest to feel like a shared experience.

I’ll try to avoid serious spoilers, but it’s impossible to talk about the storyline issues without at least a few minor reveals – which I’ll limit to the first two hours of gameplay.

You are way above your salary

I went in Baldur’s Gate 3 effectively blind. I knew nothing about the storyline and was just hoping for the return of Minsc and Boo or a worthy successor to their colorful antics, along with a rich Dungeons & Dragons setting, presumably largely urban. I was dubious about character creation – I’ve always preferred to play magic users, but the first few levels of a wizard’s life are incredibly painful due to their lack of hit points, quickly depleted spells, and inability to get decent ones. armor or the broad side of a barn with their silly new sticks.

Fighters, on the other hand, tend to be a bit dull – wear the armor, swing the weapon, hit the bad guy – but they’re a lot more hearty at first, especially in games where you start without a party. Finally, I decided to put on my robe and wizard hat. Being a level-nothing wizard isn’t as bad as it was in previous rulesets – you now have inexhaustible cantrips at your disposal, dealing damage pretty close to that of a starting level fighter. At level one, you still lose almost every battle with another level one character class, but at least it’s is a fight.

Normally, the first few levels of a D&D game starting with level-one characters face off against rats in a sewer or maybe some particularly uneducated wolves. Baldur’s Gate 3 instead, you decide to put yourself on an Illithid Nautiloid, surrounded by mindflayers and brainwashers, amid a three-way battle between the Illithids (mindflayers), red dragon-riding Githyanki, and the occasional cambion.

For perspective, think of Star Wars Episode IV, but imagine it starts with Luke waking up in Darth Vader’s Star Destroyer – and instead of Imperial lackeys, each crew member is a Sith with mind control powers. It is under attack by a Mandalorian fleet, which hates you as much as the Sith. And you don’t have Han, Chewie, Obi-Wan or even C3PO to help.

When you’re wandering wide-eyed and clueless is interrupted by Leia — ahem, I mean, Lae’zel — she’s beyond snarky. Her hatred is palpable as she describes what she wants to do with your character: “[slice] you from navel to nose.”

Oh, and there’s a time bomb in your brain, too. If you could ask C3PO for advice, he would probably suggest a new strategy: let the Illithids win.