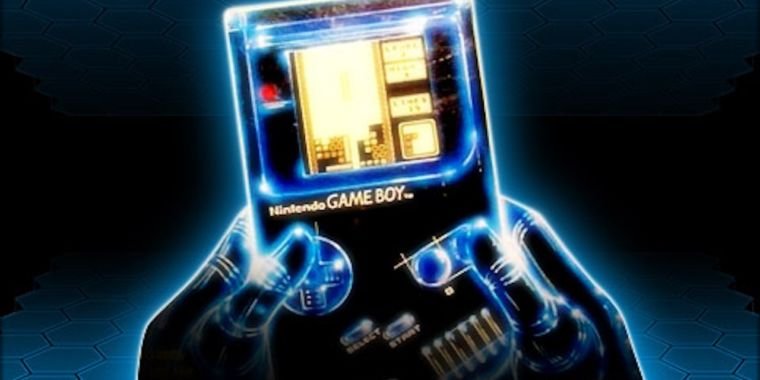 There has been a lot of nostalgia for classic console hardware updates in recent years, from Nintendo’s official plug-and-play Classic Edition consoles to third-party clone consoles. But for all the focus on the TV-based game consoles of yesteryear, we haven’t seen much business interest in recreating the portable system of the past.

That now seems to be changing, as Gizmodo reports from CES on the Ultra Game Boy, a portable console with an aluminum case that looks more like the slimmer Game Boy Pocket than the bulky original system from 1989. The case’s authenticity extends to a cartridge slot that supports classic games and the familiar volume and contrast buttons on the edge, along with a new third button that allows players to adjust the color of the system’s backlight.

Gizmodo reports six hours of battery life with USB-C charging for the prototype, which also features stereo speakers and dual audio outputs aimed at chiptune makers. Hyperkin is reportedly still in the process of finalizing the hardware and is targeting a 2018 release for “less than $100,” the report said.

The Ultra Game Boy makes a separate Android phone unnecessary and reduces the form factor considerably. But it’s not clear yet if it will offer emulator-like benefits, such as Super Game Boy color palettes, save states, and the ability to save ROM images of your actual cartridges. It’s also not clear whether Game Boy Color games are supported or whether the Ultra Game Boy simulates the actual Game Boy hardware or relies on less reliable software emulation for the console.

With Hyperkin taking up the gauntlet, Nintendo is under pressure to hurry up and announce the Game Boy Classic Edition that everyone assumes is planned. Pack-in games like Tetris and Pokemon Red and Blue and that reissue would pretty much be a guaranteed bestseller.