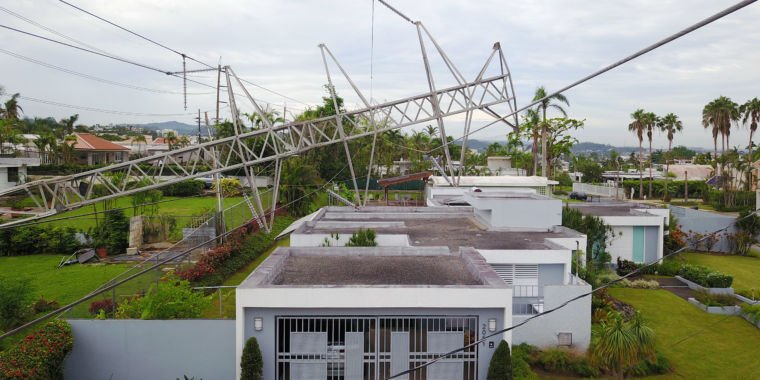 In Puerto Rico, the official government estimate for the number of people killed as a result of Hurricane Maria (the hurricane that hit the island in late September 2017) is just 64. But a new study from Harvard University, published in The New England Journal of Medicineestimate that the actual number is closer to 4,645, that is, more than 70 times the official estimate.

After Hurricane Maria hit Puerto Rico, the island was without proper water, electricity or cell service for months. The island was also briefly embroiled in a scandal in which, under unusual circumstances, a $300 million government contract to rebuild its power grid was offered to a company called Whitefish Energy.

Puerto Ricans have sharply criticized the government led by Governor Ricardo A. Rosselló. They claim it has been slow to restore access to the street from fallen trees and other basic amenities. The low “official” fatality rate has contributed to the problem. Accurate measurements of disaster-caused deaths enable regions to properly prepare for future disasters and close families.

The researchers conducting this new study visited a random sample of 3,299 homes in Puerto Rico and asked respondents to provide information about household members who had moved or died, as well as infrastructure loss. Based on the answers, the researchers estimated that there were 14.3 deaths per 1,000 people across the island between September 20 and December 31, 2017. Based on that number, Harvard estimated that there were 4,645 additional deaths in Puerto Rico compared to the same number. period the year before.

In fact, the researchers believe this number is an underestimate due to survivor bias. That is, only households with surviving members can respond, so households of people who died while living alone may be undercounted.

According to the Centers for Disease Control (CDC), deaths from unsafe conditions or loss of medical services caused by a hurricane or other weather events are attributed to that weather event.

The Harvard report suggests that the difference between the government estimate and the unofficial estimate may be due in part to a complicated process for counting deaths from natural disasters in Puerto Rico. There, disaster-related deaths require approval from the Institute of Forensic Sciences, which is based in the capital, San Juan. “This requires bodies to be brought to San Juan or a medical examiner to travel to the local municipality to verify the death, often delaying the issuance of death certificates,” the Harvard study wrote. In addition, it is generally difficult to classify deaths that result from a chronic condition but may have been aggravated by the conditions caused by the hurricane.

The New York TimesCNN and the Center for Investigative Journalism of Puerto Rico independently reported a significantly higher death toll than the 64 deaths reported by the Puerto Rican government.

The government of Puerto Rico stopped sharing death data in December 2017. Around that time, according to NYT, the government has commissioned a study from the Milken Institute School of Public Health at George Washington University to get a more accurate picture of the death rate. That study is still ongoing and the results are not expected until later this summer.

The Harvard study was conducted without government assistance, using psychology students and professors to conduct the surveys. Speaking with the Time, one of the surveyors said the government needed to conduct door-to-door surveys to get a really accurate picture of Hurricane Maria’s death toll. “Even if they did a really good job, it was really hard unless you did something like we did — go talk to people on the ground,” said Juan Domingo J. Marqués, an associate professor of psychology at Albizu University San Juan Domingo.

People died alone in their homes, Marqués added. “No one has gone there. Some of them were covered by a landslide and months later they still haven’t recovered the bodies.’

When the researchers isolate responses from remote areas, 8.8 percent of households said they couldn’t call 911 when they needed it.

“A growing number of people have chronic diseases and are using advanced pharmaceutical and mechanical support that is dependent on electricity,” the report said. “Chronicly ill patients are particularly vulnerable to disruptions to basic services, highlighting the need for these patients, their communities and their providers to have emergency plans in place during and after disasters.”

The report also noted that after the hurricane and through December 31, 2017, households had an average of “84 days without electricity, 68 days without water, and 41 days without cell phone coverage.” When the survey was conducted in early 2018, many respondents said they still had no access to electricity and mobile services.

The investigation did not only focus on the death toll from Hurricane Maria. It was also concerned about the number of people displaced by the hurricane. The median age of people who left a household and did not return (or were reported missing) was 25 years. Fifty-two percent of the people who moved did so in Puerto Rico. Forty-one percent went to the continental United States. However, the report notes that death rates appear to be rising in all age groups, despite displacement trends.