Hurricane Florence forecast has gone from bad to worse | Techilink 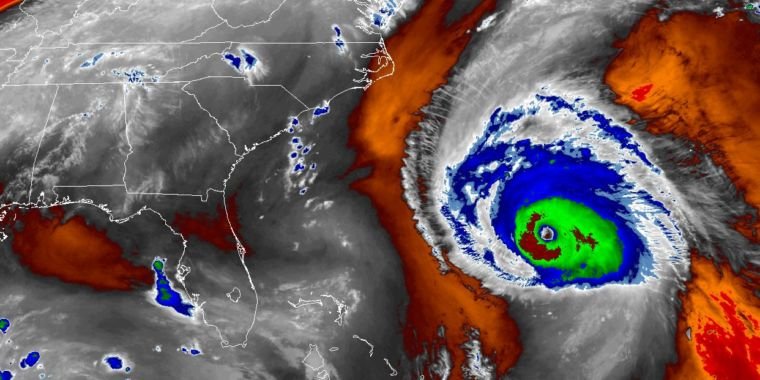 As of early Wednesday morning, Hurricane Florence had eased slightly with sustained winds of 130 mph, but this is of little consequence as the runway forecast now shows a dangerous stoppage near the coast, or simply ashore by the end of Thursday or Friday morning. This will exacerbate already extremely heightened concerns about flooding inland due to heavy rainfall from Florence.

Hurricanes cause three main types of threats: storm surge, damaging winds, and inland flooding from rainfall. Most hurricanes produce a combination of the above with varying severity, but rarely does a hurricane present all three threats at an extreme level. Florence is one such hurricane, with what the National Hurricane Center characterizes as a “life-threatening” storm surge for parts of the coast of North and South Carolina and “damaging” winds for the same coastal areas. (See Warning Areas.)

But probably the biggest concern with Florence is flooding inland, especially as the storm is now likely to become nearly stationary along the Carolina coast and then slowly trudge inland. In addition to these concerns, there is another twist that the forecast models say will happen: a southwest jog toward Georgia.

This should only increase precipitation totals, as the storm’s core remains offshore, with access to warm Atlantic waters to regenerate rain-forming precipitation bands. Texas saw a similar scenario in 2017, when Hurricane Harvey’s center just moved inland, and the counterclockwise rotation caused the storm to continually pull moisture inland from the Gulf of Mexico.

As late as Monday morning, hurricane models predicted a fairly conventional landfall for Florence, moving the storm toward the coast before slowly moving inland on a generally northwesterly orbit. However, recent trends in forecasting models now point to a rare — if not unprecedented for an Atlantic hurricane this far north and west — to the southwest before Florence resumes its west-northwest movement.

This change in the track can be seen from the ensemble forecast of the European model initialized at 8 a.m. Monday (12:00 UTC) on the left in the image below, and the European model initialized at 8 p.m. Tuesday (00 p.m. :00 UTC Wednesday). Ensemble predictions capture the uncertainty in a prediction by initializing a computer model with slightly different starting conditions. Strikingly, almost all ensemble members now show a southwestern jog, instilling confidence in this prediction.

So what causes this? A high-pressure ridge over the central and eastern United States is predicted to be slightly stronger than expected, and this feature should force Florence to move along its periphery. As Florence reaches the edge of this high-pressure system, by Friday or so, the atmospheric pilot flows essentially disintegrate.

Normally, when hurricanes rise above 30 degrees latitude, they are drawn poleward by the western pattern in the atmosphere between the tropics and the poles. However, because the above-mentioned high pressure will block a northward movement of Florence, this rapid turn to the north and eventually to the northeast will not happen for a while.

All of this means that, in addition to the very strong winds and storm surge that begins Thursday along the Carolinas coast, the southeastern United States will have to prepare for a major, and perhaps historic, flood.

It’s really impossible to say where a “rose” will occur in terms of rainfall due to the uncertain storm movement, but coastal areas of the Carolinas are probably most threatened. Forecast modeling indicates that broad areas could receive 10 to 30 inches of rain, with higher localized totals of 30 to 40 inches over the next week or so.

It’s worth noting that both the European and US Global Forecast System models predict isolated totals over 40 inches. We cannot rule out such extremes if Florence comes to a halt near the coast or inland. Needless to say, with soil already soaked in the southeast, this would be a disastrous scenario for inland flooding.