Humans were in Indonesia more than 63,000 years ago | Techilink 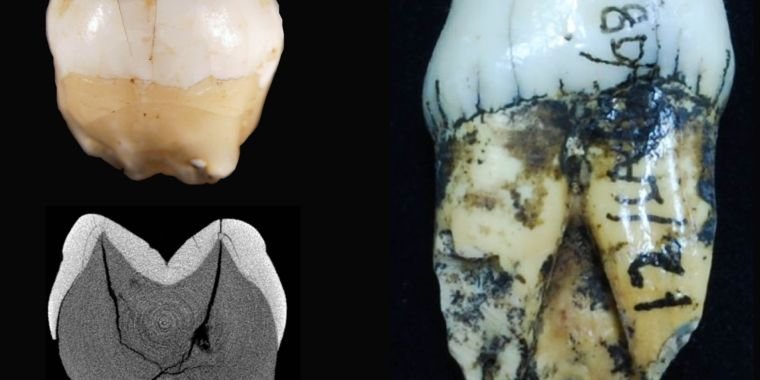 In the Padang Highlands of West Sumatra, a large island in Indonesia, is a small cave called Lida Ajer that has long held clues to human history. Dutch paleoanthropologist Eugene Dubois first excavated the cave before 1890, and Lida Ajer has since unearthed numerous preserved animal remains, including teeth identified as human in 1948.

Only now has the cave been carefully and thoroughly dated, providing new evidence that our species was in the region more than 60,000 years ago. That’s 20,000 years older than the previous oldest skeletal evidence of humans in the area. But these new data are consistent with existing genetic evidence, as well as reconstructions of climate and sea levels at the time.

In an article published in Nature this week Kira Westaway of Macquarie University in Australia and her colleagues report what they found when they revisited Lida Ajer’s discoveries. They re-examined the teeth and pointed to any evidence that the teeth were indeed from anatomically modern humans and not from orangutans or other primates. And they carefully dated the cave site to determine how old the teeth likely were.

The maximum age of the layer in which the teeth were found was partly determined by the dating of a stalactite found in the layer itself. “Straw stalactites … detach and fall into the underlying sediments over relatively short timescales,” the authors write, “and therefore usually represent ages close to the true time of sedimentary deposition.”

In this case, U-series dating — a technique based on uranium decay rates — placed the stalactite at about 84,000 years old, suggesting it was the oldest human teeth could be. The margin of error was about a thousand years, so a conservative estimate would say 83,000 years. U-series dating of the stones overlying the crucial layer indicated a minimum age of 71,000 years ago, with a margin of error of 7,000 years. This places a conservative time frame of the layer between 64,000 and 83,000 years old.

Dating of quartz and feldspar grains yielded estimates between about 62,000 and 85,000 years old, neatly in line with the U-series dates. And dating animal fossils found in the layer — including one found by Dubois himself — yielded dates between 60,000 and 86,000 years old. This ties in seamlessly with genetic evidence suggesting humans were in the region about 75,000 years ago (and new evidence of early human presence in Laos).

At that time, Sumatra would likely have been connected to the surrounding land: reconstructions of the climate and sea level at the time suggest that these regions would have been accessible to humans. What is surprising, however, is that Lida Ajer would have been rainforest at the time.

Humans may now live in rainforests and have for some time, but this is the first evidence that they figured out how to survive in that environment so long ago. The coastline provided easier harvests for people to live on, while rainforests have much more limited food. Evidence that humans lived in the rainforest more than 60,000 years ago indicates that the people of that time had already developed a certain level of technological sophistication and flexibility, allowing them to exploit a variety of different environments.

Consistent evidence pointing in the same direction is always a good sign, but ongoing discoveries will help flesh out this picture, including helping researchers work out the details of early human migration routes — and possibly finding further evidence of humans exploiting different habitats much sooner than previously thought.